On December 2, 2010, deadly flames started to sweep through the forests on Mount Carmel – Israel’s largest national park, of significant cultural and biodiversity importance – near Haifa in the parched north of Israel. The blaze raged for days, turning into the worst natural disaster in the country’s history. This historic forest fire took more than 40 lives and left thousands of acres burned, hundreds of homes damaged, and nearly half of the nature reserve destroyed. Most recently, in November 2016, another wave of fires spread through the forests and shrubs of Israel.

In recent decades, an increasing number of devastating forest fires hit Israel, but the seeds of these disasters were planted long ago. Israel’s early tree-planting efforts, together with reduced pressure from grazing, ultimately led to fires like the one that struck Mount Carmel, pushing Israeli forestry officials to join with a global change in forest management towards more holistic management that values the wide variety of ecosystem services forests provide.

Originally from forested Europe, the country’s early leaders aspired to turn their new homeland of bare, deserted hills, where woods and scrub had been under intensive grazing and were cleared for centuries for fuel and construction, into a green oasis with maximal timber production. The Israeli forestry authority, Keren Kayemeth LeIsrael - Jewish National Fund (KKL - JNF), led the afforestation effort – “greening the country” – as part of the Zionist project of developing Israel’s land. Massive tree planting campaigns began in the 1960s and continued for decades, becoming a significant social and cultural aspect of many families and communities in Israel. During an annual ritual on Tu Bishvat (Jewish Arbor Day), Israeli schoolchildren trooped out to plant trees. Their counterparts in Jewish schools in the United States, and their parents, donated money to plant trees in Israel, while Jewish visitors to the country were taken to put a sapling in the earth with their own hands.

Chosen for their ability to grow quickly and survive the dry climate of Israel, densely planted conifer forests started to dominate and alter the mountain ridges. However, as a result of inadequate rainfall and soil conditions, these planted forests have largely failed to produce commercial-grade timber. In the 90's, large areas of dense conifer stands, often of the same age and species type, collapsed, suffering from the spread of diseases. Moreover, as they mature into dense forests, sometimes without sufficient selective cutting, planted conifer forests become highly flammable, fueling high-intensity fires with the potential to cause heavy damage to forests and adjacent communities.

Towards an Ecosystems Services Approach

The intensifying trouble of the planted forests became a catalyst for KKL to rethink forestry practices in a fast growing Israel, especially in the face of water and resource depletion, climate change and growing interests among Israelis to connect with nature. At the same time, countries around the world have started to embrace a new paradigm in forestry management that sees forests as more than just trees; they are also as providers of a variety of ecosystem services like regulating water resources, non-timber forest products, biomass for energy, water purification, soil rejuvenation, and cultural and recreational values. 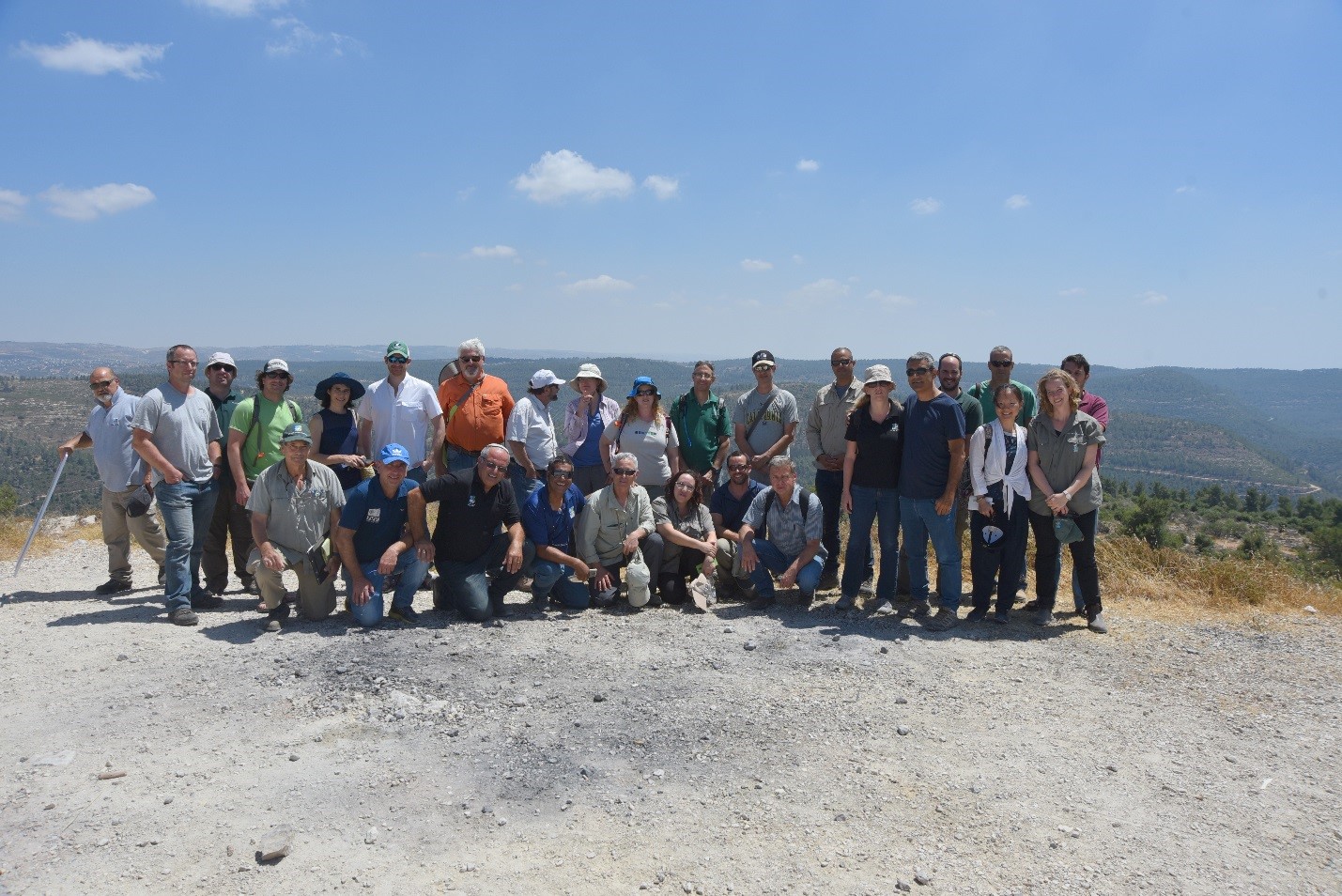 Field trip to forest outside of Jerusalem, Israel, as part of the three-day workshop to learn about KKL's effort to advance new forest management practices. Photo by Yiyuan Jasmine Qin

One successful example of using the ecosystem services approach in managing forests is Denver, Colorado, where almost all of its water come from mountain snow-melt. Growing incidence of insect infestations and wildfire led to increased sedimentation impacts on reservoirs and other water infrastructure. In collaboration with the U.S. Forest Service (USFS), Denver’s water utility supported fuel reduction and reforestation treatments in areas at risk of wildfire hazard, flooding, and soil erosion in the watershed. These efforts helped the forests of the northern Colorado Front Range become more resilient to future disease epidemics, reducing fire risk and subsequent impact from fire on water and habitat.

Just outside of Beijing, China, active restoration efforts in the Loess Plateau, including increasing the amount and variety of natural vegetation and introducing more sustainable land management practices, have also alleviated the negative effects on food production, waterways, and air quality from the region’s soil and vegetation degradation. The list of successful stories goes on.

For the first time, six of Israel’s forestry management master plans reflect the new policy that recognizes the linkage between ecosystem health and the wellbeing of human communities. The new policy takes account of a wider variety of benefits forests provide to citizens, from recreational opportunities and tourism revenue to mitigation of natural hazards. In contrast to the blanket, single-species tree-planting practices of the past, the new forest management policy turns to “goal-oriented, adaptive management” that emphasizes natural processes, native species, landscape diversity and minimal human intervention.

To help advance this paradigm shift in forestry management in Israel and building on their nearly 30 years of collaboration, KKL invited the USFS International Programs along with World Resources Institute (WRI) to co-host a three-day workshop and field trips in June 2016. Over 100 Israeli researchers, government officials, and foresters came together for these workshops to discuss the opportunities and challenges of adopting new forest management practices based on ecosystem services.

In the following months, KKL, USFS, and WRI will continue to collaborate and help Israel adopt the new forest management policy and advance its goals to conserve forest ecosystems and provide multiple benefits to people.

In other words, Israel is well on its way to see its forests for more than just trees.