The White House and private-sector leaders announced ambitious new actions yesterday to reduce emissions from hydrofluorocarbons (HFCs), greenhouse gases commonly used as refrigerants that are as much as 12,000 more potent than carbon dioxide. These new commitments, combined with existing HFC-reduction initiatives, are expected to cut global greenhouse gases by the equivalent of more than 1 billion metric tons of CO2 cumulatively by 2025, as much as would be achieved by taking 210 million cars off the road for one year.

One More Step Toward the US Emissions-Reduction Goal

HFCs may not get as much attention as carbon dioxide, but regulating them is an important sign of progress. In 2013, HFCs accounted for 2.4 percent of total U.S. GHG emissions, but their use is expected to grow rapidly in the coming years. Addressing HFC leakage from existing sources checks off another “step” on the 10 point action plan the United States could take to achieve its target of reducing emissions 26-28 percent below 2005 levels by 2025. 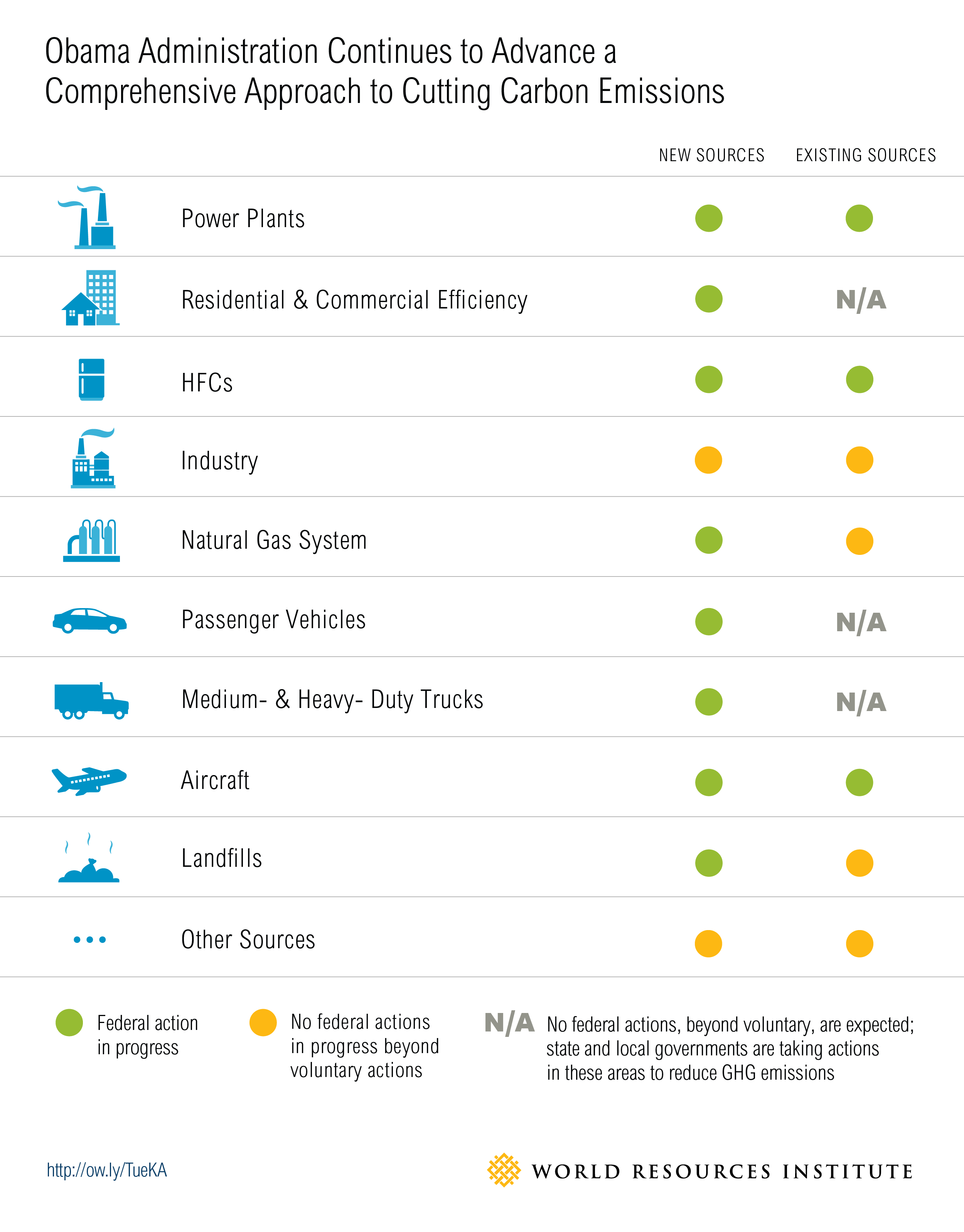 3 Highlights from the New HFC Initiatives

The U.S. Environmental Protection Agency (EPA) has already started offering incentives and standards to phase out the use of the most potent kind of HFCs in appliances and other uses, personal vehicles, and pickups, vans and combination tractors. Many companies are already using more climate-friendly alternatives while saving energy at the same time. Yesterday’s announcements build on this action in many ways, but three really stand out:

The new announcements also provide strong momentum in advance of the Meeting of the Parties to the Montreal Protocol in Dubai in early November. Here, countries will work together to amend the Montreal Protocol, an international treaty designed to protect the ozone layer, in order to establish a phase-down of HFC use globally. This could be a huge win for the climate; the White House reports that strong international action on HFCs could avoid 0.5 degrees C of warming by the end of the century.

There’s still more work to be done, but progress made this week is a big step forward in preventing dangerous HFCs from entering the atmosphere, both at home and abroad.