As we approach the climate negotiations in Paris this December, the progress to address climate change is encouraging. A transition to a low-carbon economy is underway, major emitters are making unprecedented climate commitments and cities and businesses are pledging to do more than ever before. However, the pace must accelerate to prevent dangerous and costly climate change impacts. So how can the Paris agreement spur national climate action and deliver enhanced international cooperation to scale up existing efforts and speed a global shift towards a low-carbon and resilient economy?

In May, the ACT 2015 consortium released legal suggestions for the Paris agreement -- one of the core components of the agreement -- and explained how they could be structured to drive climate action in the years ahead. 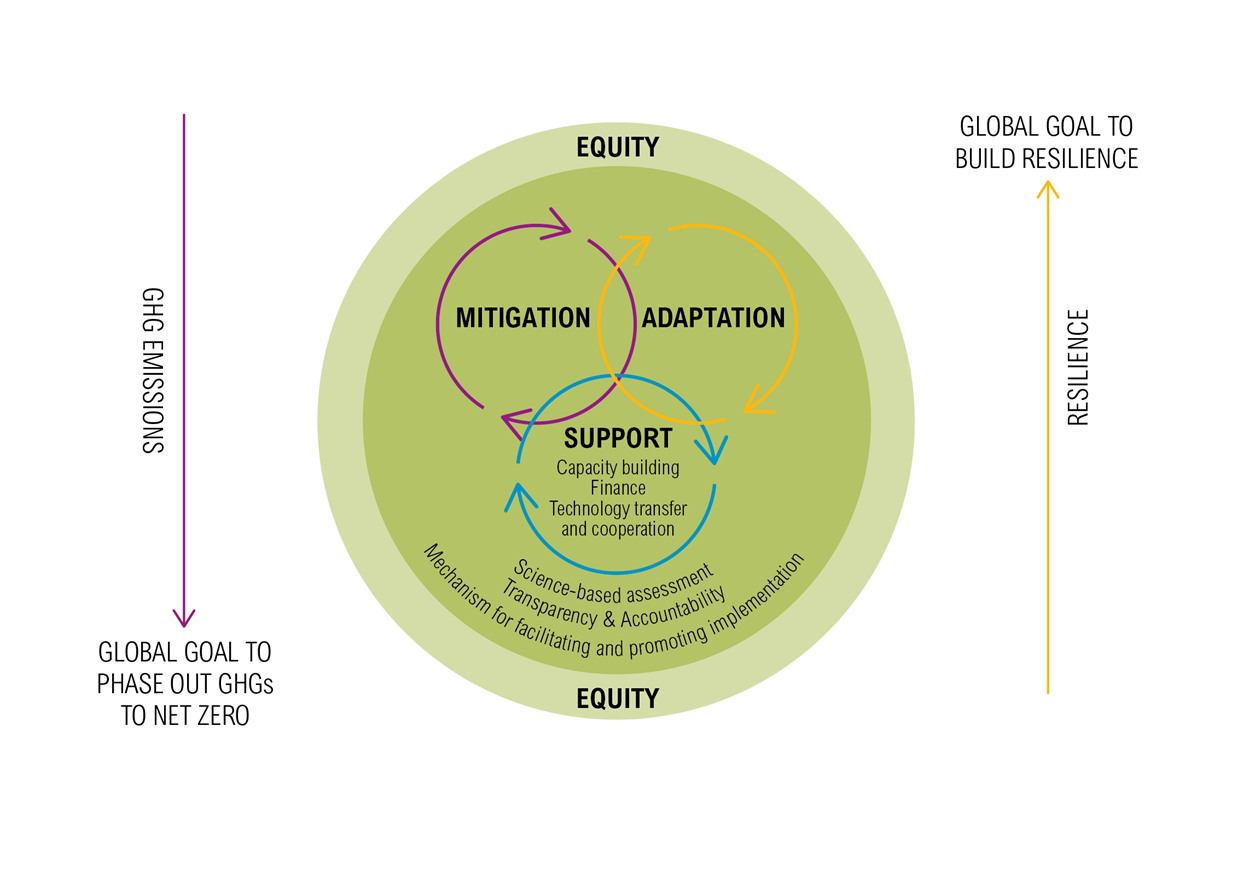 Why do we need to establish cycles of continuous improvement?

The concept of continuous improvement is frequently referred to in annual reports, value statements and corporate policies. Why? Because continuous improvement is not assured - it takes constant effort to establish, maintain and enhance. The same logic applies to climate action. Country climate commitments and pledges agreed at Paris may not keep warming below 2 degrees C (3.6 degrees F) by themselves, but by establishing a systematic mechanism to ramp up efforts over time, countries can take collective action to avoid dangerous global warming.

Specifically, cycles of improvement can:

In addition to having short-term cycles of improvement, it is also important to have clarity for what they intend to achieve over the long-term. Hence, the three continuous improvement cycles would be guided by two long-term mitigation and adaptation goals to phase out all greenhouse gas emissions to net zero as early as possible in the second half of this century, and to reduce the vulnerability and build the resilience of communities facing climate impacts.

Transparency and accountability will be essential for these cycles to prove effective. The Paris agreement should outline clear steps to ensure that countries have adequate information about what they and others are committing to. The process would need to be facilitative in nature, perceived as equitable, and provide the right incentives.

ACT 2015 suggests cycles of improvement for mitigation, adaptation and support. Why not just focus on establishing an ambitious mitigation cycle?

Mitigation action in the near term reduces the need for adaptation in the long term by minimizing future temperature increases that result in climate damages. But since the world is already facing the consequences of climate change, adapting to these impacts is imperative as well (indeed, some impacts may even exceed the ability to adapt, creating "loss and damage"). The cycles of improvement must address mitigation, adaptation and support to advance objectives to adequately reduce damages, limit global warming and protect communities today and in the future.

The consortium suggests moving away from a mitigation-centric approach and promoting a more holistic framework that adequately reinforces the interplay among mitigation, adaptation and support and contributes more effectively to the global good.

How would countries’ actions be assessed every five years?

So far, the assessment of countries’ actions and support have been undertaken after implementation, to ascertain whether they were in compliance with predefined standards and agreed commitments.

To generate necessary ambition, ACT 2015 suggests countries’ mitigation commitments be assessed before they are finalized. This would help inform the country’s deliberations on their intended actions. An assessment of countries’ mitigation commitments would allow countries to potentially revisit their proposals and allow experts to offer analysis and advice on how to overcome barriers or find further opportunities for climate action. Additionally there could be an assessment of whether the proposed commitments meet the long-term goal, and whether additional action both on mitigation and adaptation are needed.

ACT2015 suggests that adaptation and support should also undergo analysis and assessment, but the type of assessment would be different. On adaptation, the focus could be on progress made globally, and where there are gaps, both geographically and sectorally. On support, the consortium suggests an overall assessment on progress made to shift and scale up contributions developing countries need to reduce emissions and increase resilience to climate impacts.

Who does these assessments?

Where possible, ACT 2015 suggests leveraging existing frameworks and institutions, such as the Adaptation Committee and the Standing Committee on Finance to conduct adaptation and support assessments. These bodies would review progress towards the long-term goals, identify best practices, promote shared learning, facilitate implementation and support, and make recommendations to shift or scale-up finance.

However, there is no monitoring or advisory body on mitigation that could promote and provide advice on methods to overcome barriers and leverage mitigation potential. Therefore, ACT 2015 suggests creating of an independent expert panel to fulfill such functions.

What happens in the years following the Paris negotiations?

Five years after the Paris climate summit, and every five years thereafter, countries would revisit and enhance their commitments for the next cycle. All countries would be expected to unveil enhanced mitigation and adaptation efforts, including measures to improve national policies and institutional frameworks. These actions should scale-up low-carbon, climate-resilient investments and address developing countries’ needs.

ACT 2015 suggests countries submit these proposed actions two years prior to the date they should be considered and adopted by the UNFCCC. For instance, 2020 commitments should be submitted by 2018. Then in 2020, these plans would be jointly accepted unless a majority of countries object.

Climate impacts are already dangerous and costly, and will get far worse if the global community does not scale up efforts to tackle climate change. These three cycles of continuous improvement are a necessary component of the Paris agreement. They will send predictable signals to the world that we have embarked on a journey towards a safe, prosperous and equitable future.