This level of investment can provide needed sources of capital for developing countries in Africa, Asia and Latin America. As China plays a greater role in development finance, it can also embrace the opportunity to manage environmental and social risks associated with these investments.

Here is a look at the evolution of China’s overseas investment:

The Rise of Emerging Economies 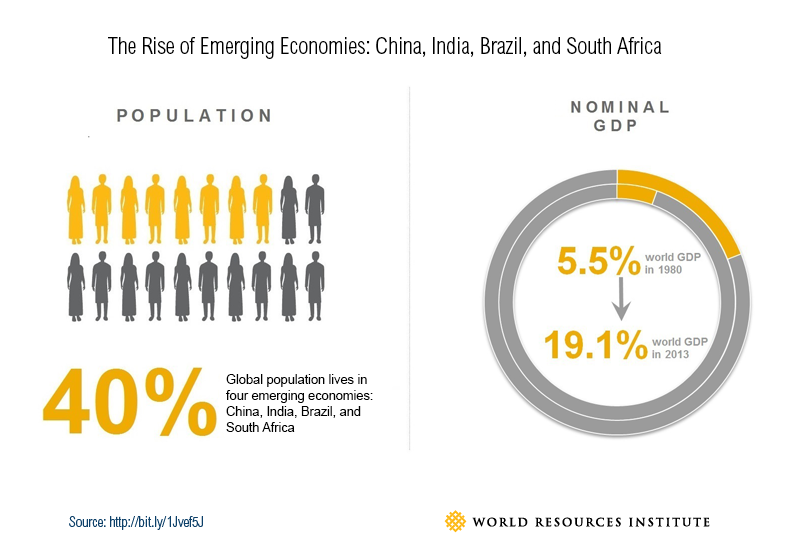 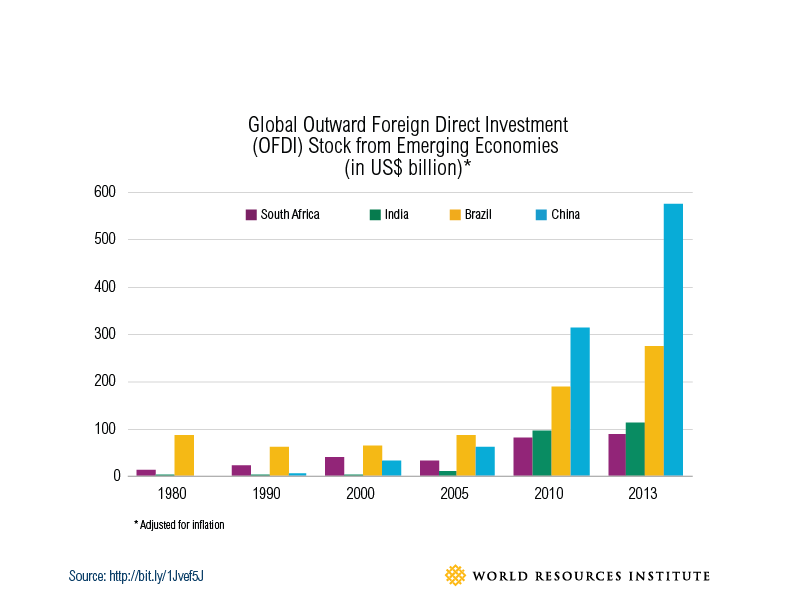 Where Is China Sending its Investments?

As reported by China’s Ministry of Commerce (MOFCOM)2, China’s OFDI is largely concentrated in Asia (mainly in Hong Kong), although investment has increased significantly in Latin America and Africa over the past five years. 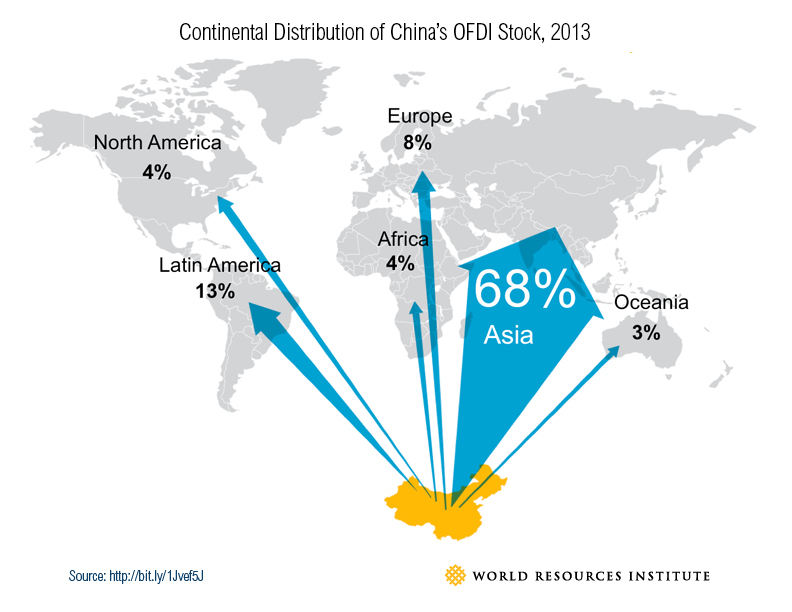 The Final Destinations of China’s OFDI

Despite the reported concentration of Chinese investments within Asia, official Chinese OFDI statistics may not fully reflect the final destinations of China’s OFDI. Like companies from many countries, some Chinese companies initially invest in tax havens or offshore financial centers where there is minimal or no tax, such as Hong Kong or the Cayman Islands3. Then, these companies reinvest this same money in other destinations, such as Africa and Latin America, through their subsidiaries in these offshore financial centers. Official Chinese OFDI only indicates the initial destination of investments. The graphic below illustrates China’s OFDI stock in each region, and also extracts potential flows to OFCs. 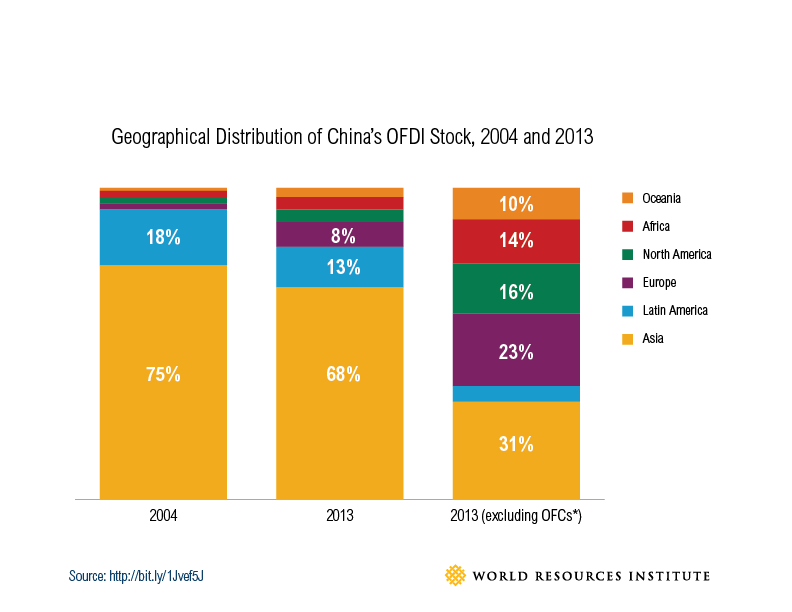 For example, many major mergers and acquisitions occur using money that initially flows through Hong Kong. In 2011, Sinopec, China’s biggest oil refiner, acquired 30 percent of Galp Energia (Brazil) for $5.2 billion through its Hong Kong subsidiary, Sinopec International Petroleum Exploration and Development Corporation (SIPC)4. This $5.2 billion would be recorded as OFDI in Hong Kong, rather than in Brazil. 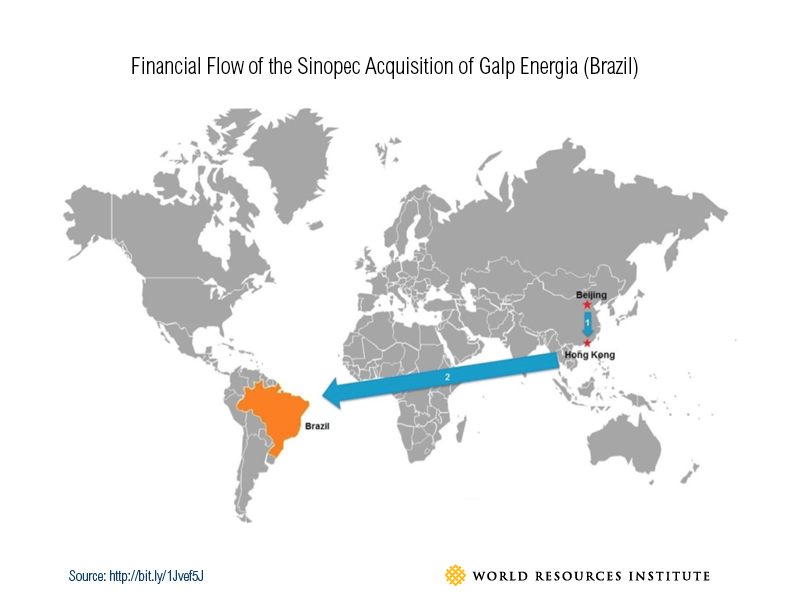 By the end of 2012, 90 percent of China’s OFDI was invested in six sectors—leasing and business services (33 percent), finance (18 percent), mining (14 percent), wholesale and retail trade (13 percent), transportation and storage (6 percent) and manufacturing (6 percent)5. However, this may not reflect the whole story. Part of the investments made in leasing & business services (33 percent) were set up as investment and asset management subsidiaries in OFCs, so these investments could have been reinvested in other industries. Meanwhile, domestically, the majority of China’s loans were invested in the manufacturing sector, as China accounted for 22.4 percent of world manufacturing in 2012, the largest in the world6. 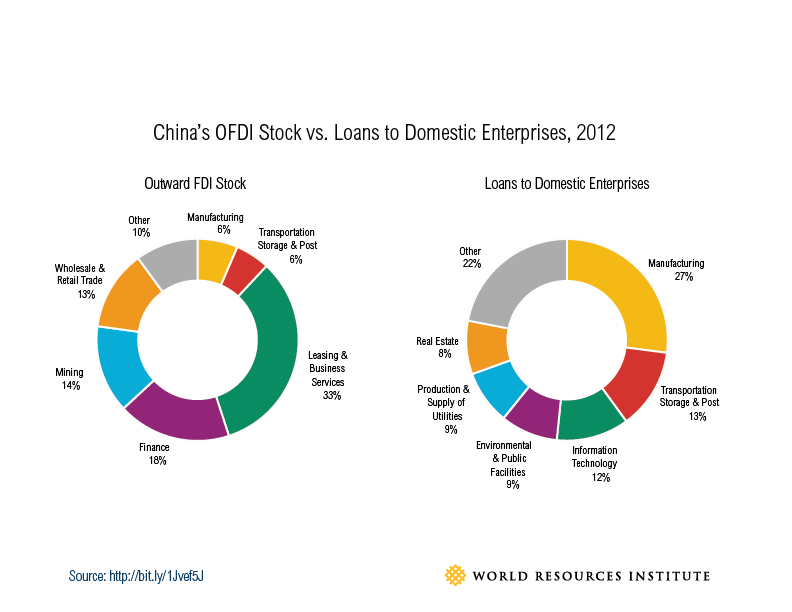 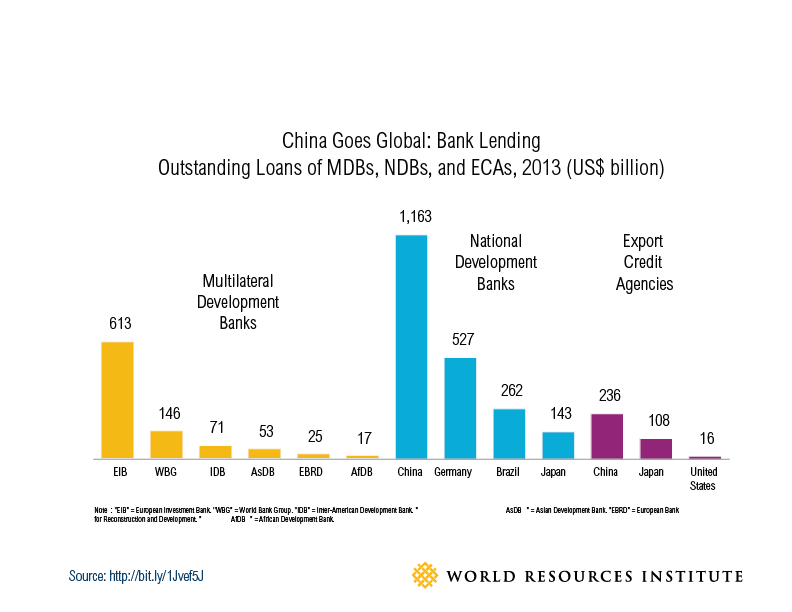 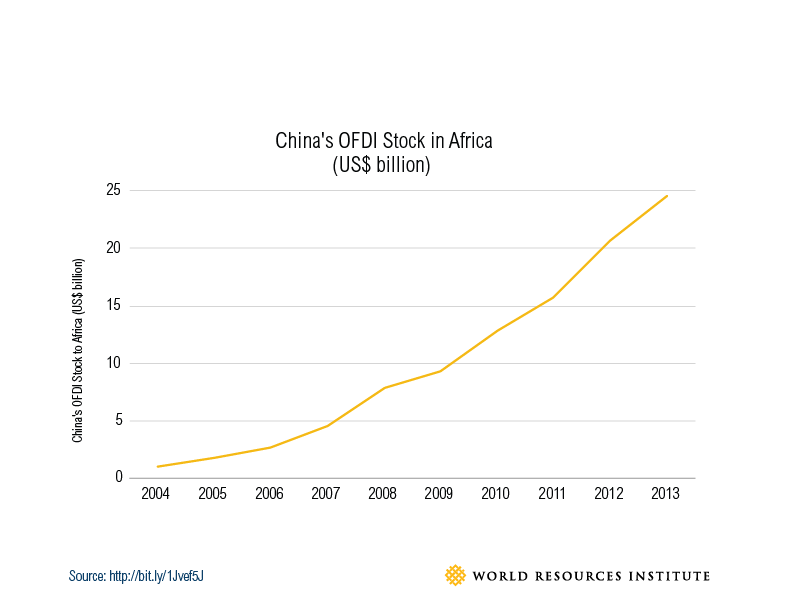 A large amount of the investments went to extractive industries, such as mining and oil extraction. 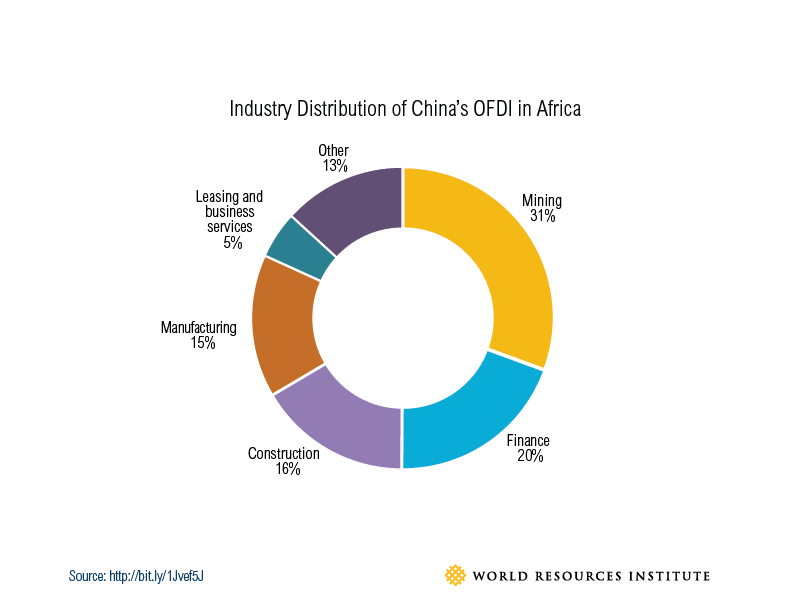 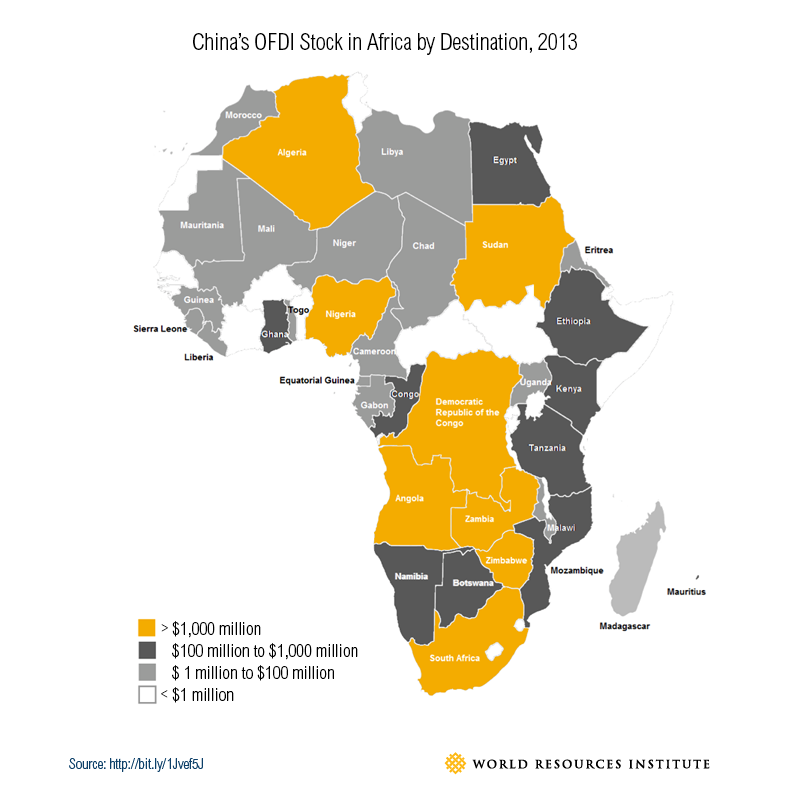