Miami may be best known as a sunny tourist destination, but more and more, it is also becoming known as “ground zero” for sea-level rise. 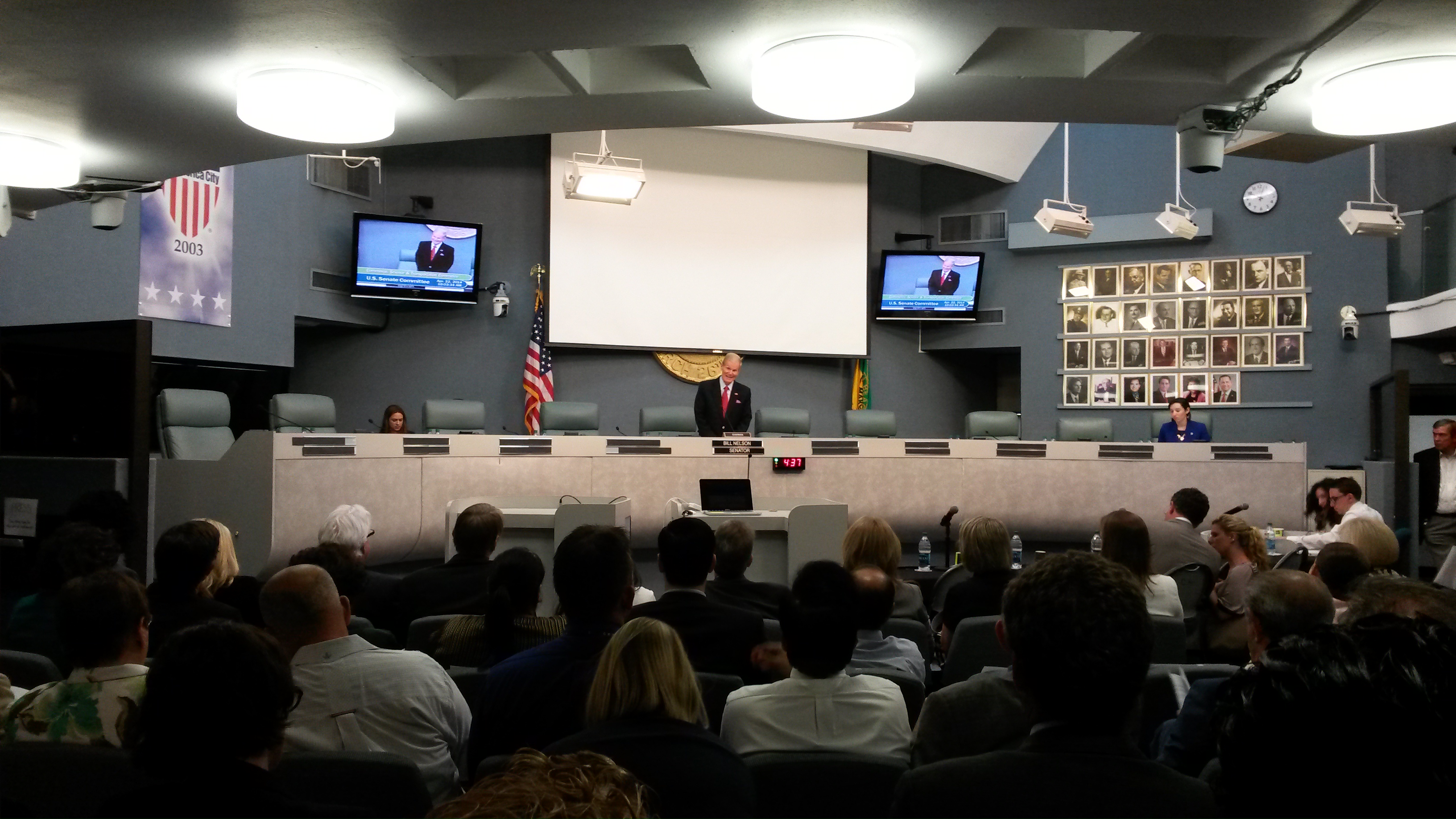 It’s clear from their discussions that Miami Beach is truly at the frontlines of climate change. And while the city is taking steps to become more climate-resilient, overcoming the challenge will require much more significant adaptation and mitigation action.

Here’s a look at how sea level rise is already impacting the Miami area:

At the Frontlines of Sea Level Rise

NASA scientist and former astronaut Piers Sellers said that sea levels rose 3 inches in the last 20 years. He noted that there is a direct correlation between the amount of fossil fuels we continue to burn and the scale of sea level rise and other climate impacts that we will face.

Miami ranks as the most vulnerable city in the world to the risk of coastal flooding caused by this sea level rise. In fact, it’s already impacting the city’s infrastructure, businesses, and communities. Salt water has intruded nearly six miles inland in some areas. This salt water is now seeping through porous limestone, intruding into the region’s freshwater supplies.

And beaches—one of the region’s largest tourism draws—are eroding at faster rates in some locations. The costs of repairing this damage and adapting to ongoing climate impacts are staggering. Just one foot of sea level rise—projected by as early as 2040—would affect $4 billion of taxable property in the region. Miami Beach Mayor Philip Levine said the city is expected to invest $300-400 million to upgrade infrastructure to address sea level rise over the next few years. And Dr. Linkin with the insurer Swiss Re said that building codes need to not only account for climate conditions today, but also for 60 years from now.

The Six Inches Are Gone

In the 1950s and 60s, Florida officials installed a matrix of canals outfitted with large steel gates across the state—including near Miami—to control flooding from torrential rains or hurricanes. Jayantha “Obey” Obeysekera, the chief modeler for the South Florida Water Management District, explained that the canals in the Miami area were built to accommodate roughly 6 inches of high tide above sea level at that time so that when water threatened to flood communities, engineers could simply open the flood gates and let excess water flow into the ocean. Fast forward to today, and sea levels have risen 5 to 8 inches along the Florida coast. So if some of the gates were to open now, salt water would flow inland. 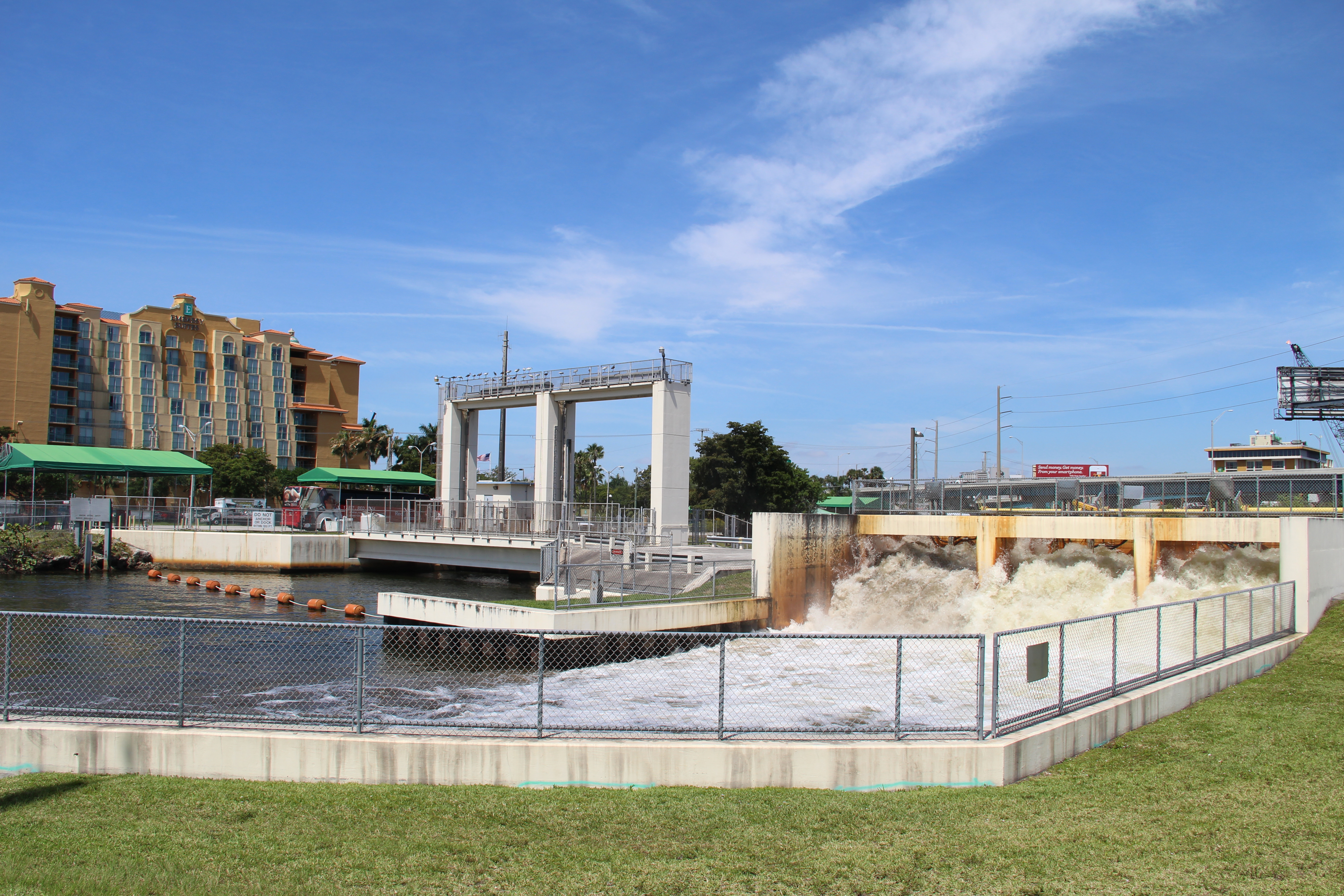 “The six inches are gone, or will be gone pretty soon,” Obeysekera said. “The structures built in the ’50s are not functioning as expected because of sea level rise.” Now when there is flooding, managers fire up a newly installed “reverse pump” that churns water towards the ocean (see photo, above). The new approach isn't cheap: Reverse pumps cost $25 million each, according to Obeysekera, and more than 20 more will be needed in the Miami region alone to adequately manage the city’s flooding issue.

Preparing for Climate Change Is About Getting Smart 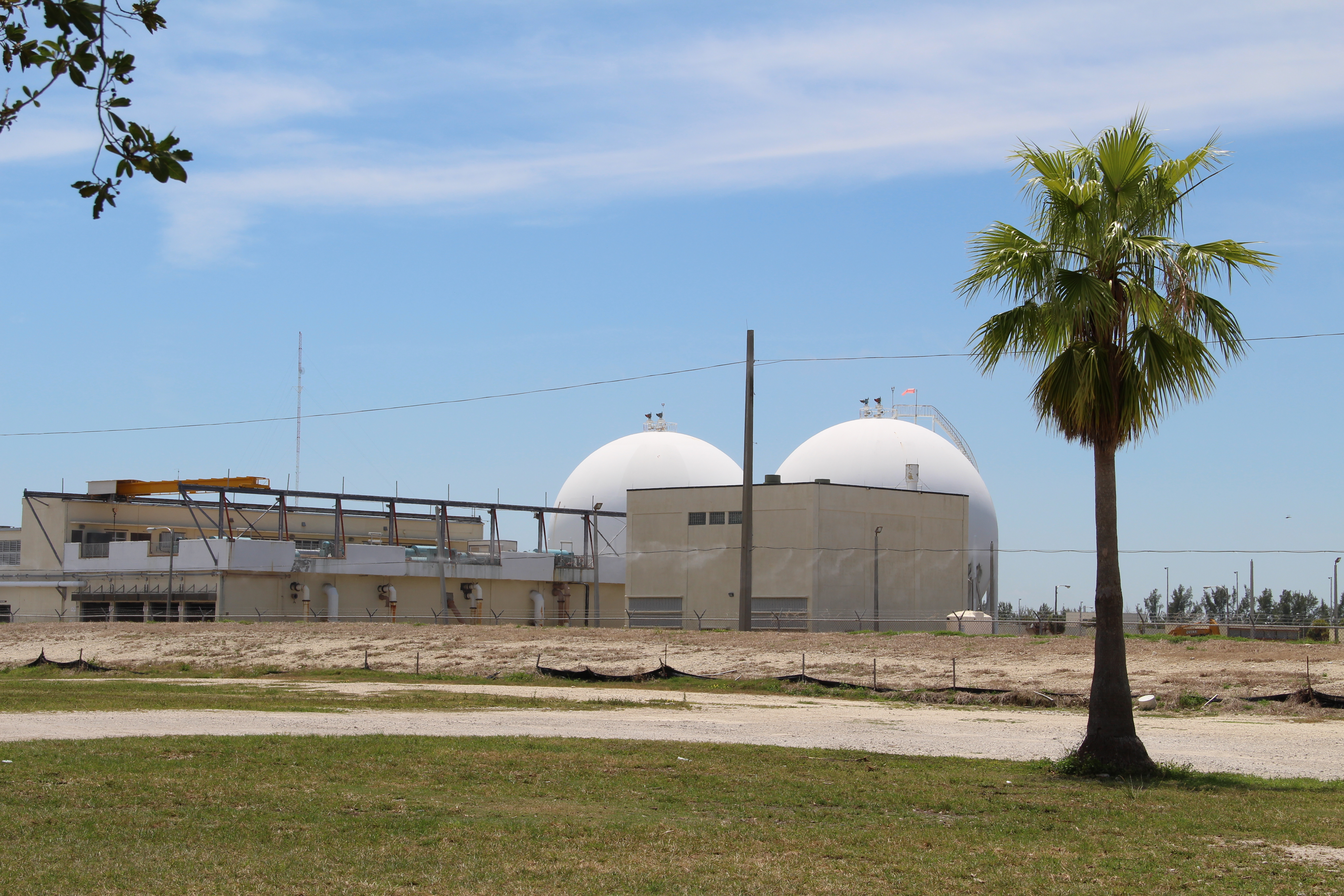 On the tiny barrier island of Virginia Key sits Miami’s wastewater treatment plant, which supplies the majority of water to Miami-Dade County’s residents. When confronted with millions of dollars in fines for Clean Water Air violations in 2012, Miami-Dade County reached a deal with federal regulators to invest $1.5 billion in overhauling its aging water infrastructure, including putting $555 million towards revamping the treatment plant on Virginia Key. There is just one problem: The massive upgrades won’t take into account projected impacts of climate change like stronger hurricanes or higher sea levels. This is despite the fact that the U.S. Army Corps of Engineers estimates that seas will rise by up to 2 feet by 2060.

Albert Slap, a lawyer who led a lawsuit attempting to force the county to make climate-smart upgrades, said that as currently designed, a major storm would wipe out one-quarter of the plant’s infrastructure and shut it down for the foreseeable future. According to Slap, simply hoping a big storm doesn’t hit the plant is not a good approach. “Preparing for climate change is not about getting lucky,” said Slap. “It is about getting smart.” 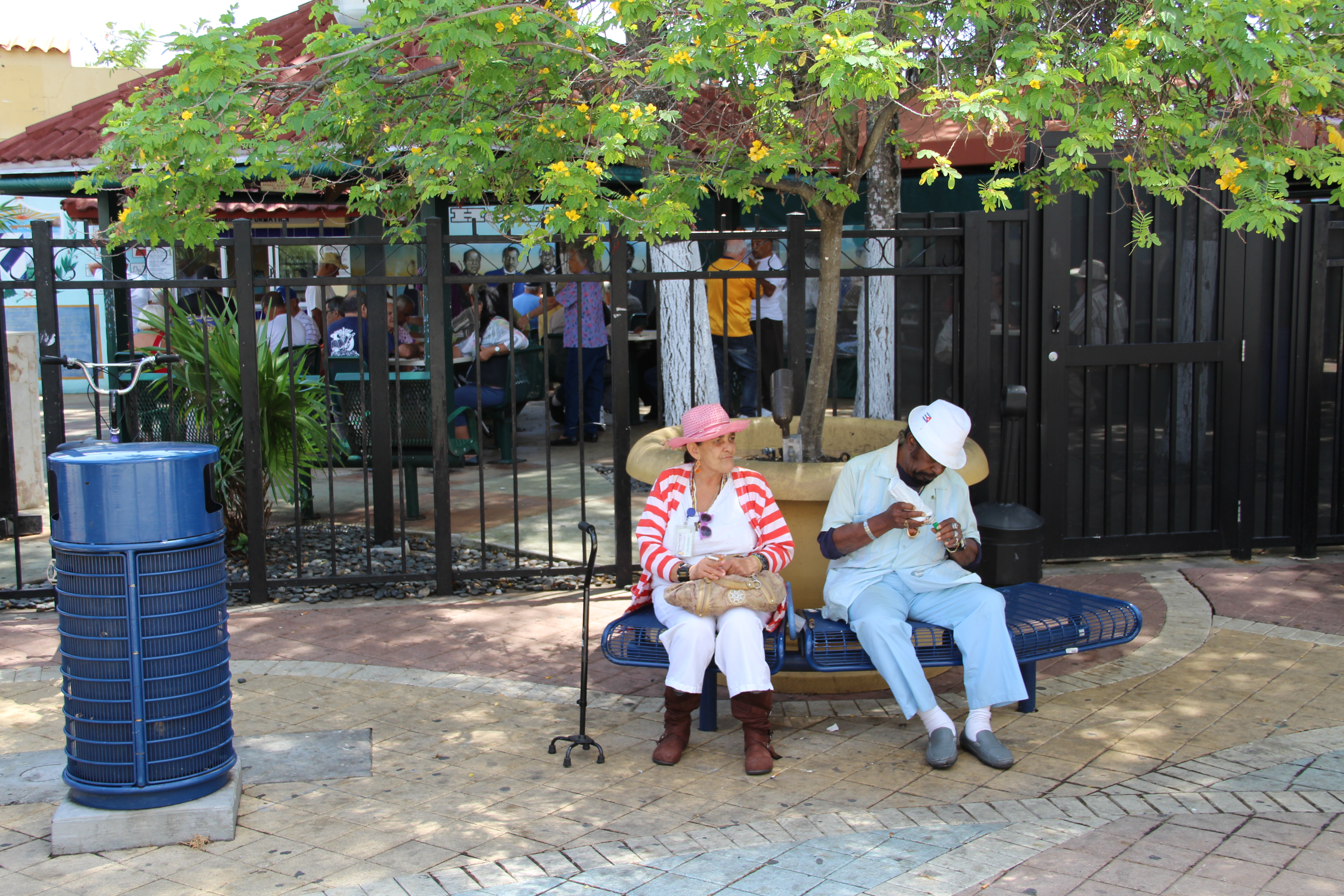 Despite Miami’s vulnerability to sea level rise, there is reason to be hopeful: Many of the city’s local leaders and community residents are emerging as leaders in local climate action.

Miami-Dade County is a member of the Southeast Florida Regional Climate Change Compact, a four-county, bipartisan initiative designed to develop mitigation and adaptation strategies and inform policymaking. Local officials have also signed onto the Resilient Cities for America, a pledge for local communities to better prepare themselves for the impacts of climate change. And last year, citizen groups brought awareness to sea level rise by drawing 26 miles of chalk lines through the streets of downtown Miami and Miami Beach to show how far water will encroach if sea levels reach 3 feet—a scenario which communities in and around Miami may face by 2100.

Miami’s climate-resilient activities are an important lesson in how local communities can begin preparing for the inevitable impacts of a warmer world. What are also needed are complementary actions to significantly reign in emissions and prevent impacts like heat waves, sea level rise, and extreme weather from worsening. As leaders at the state and federal levels move forward with mitigation plans, it’s important to keep in mind the local communities—like Miami—who are truly at the forefront of climate change.