Powering Cities in the Global South: How Energy Access for All Benefits the Economy and the Environment

Millions of residents in some of the fastest growing cities in the world don’t have access to clean, reliable energy, and the challenge of reaching them is not getting easier. In 2012, only 58 percent of the urban population had access to electricity in low-income countries, and nearly 500 million urban residents worldwide used dirty and harmful cooking fuels like charcoal and wood.

By 2050, it is projected that the world’s urban population will grow by 2.4 billion from 2015, with the growth concentrated mostly in Africa and Asia, creating unprecedented urban energy access challenges, especially for under-served populations. What’s more, the old carbon-intensive model of development undertaken in the global north is no longer tenable, given a greater concern for the health impacts of air pollution and the need to mitigate energy insecurity and climate risks. The latest installment of WRI’s flagship World Resources Report, Towards a More Equal City, provides solutions that can improve the health of residents, the environment and the overall economies of cities. 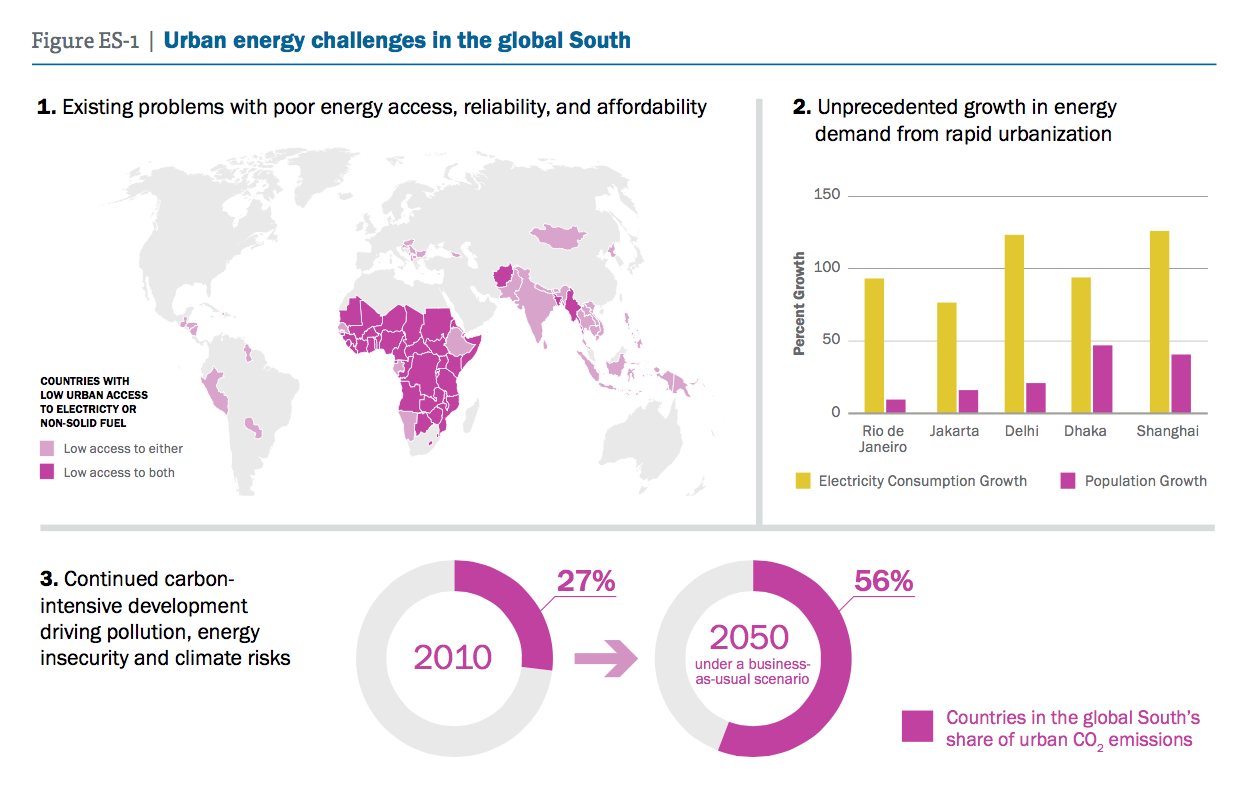 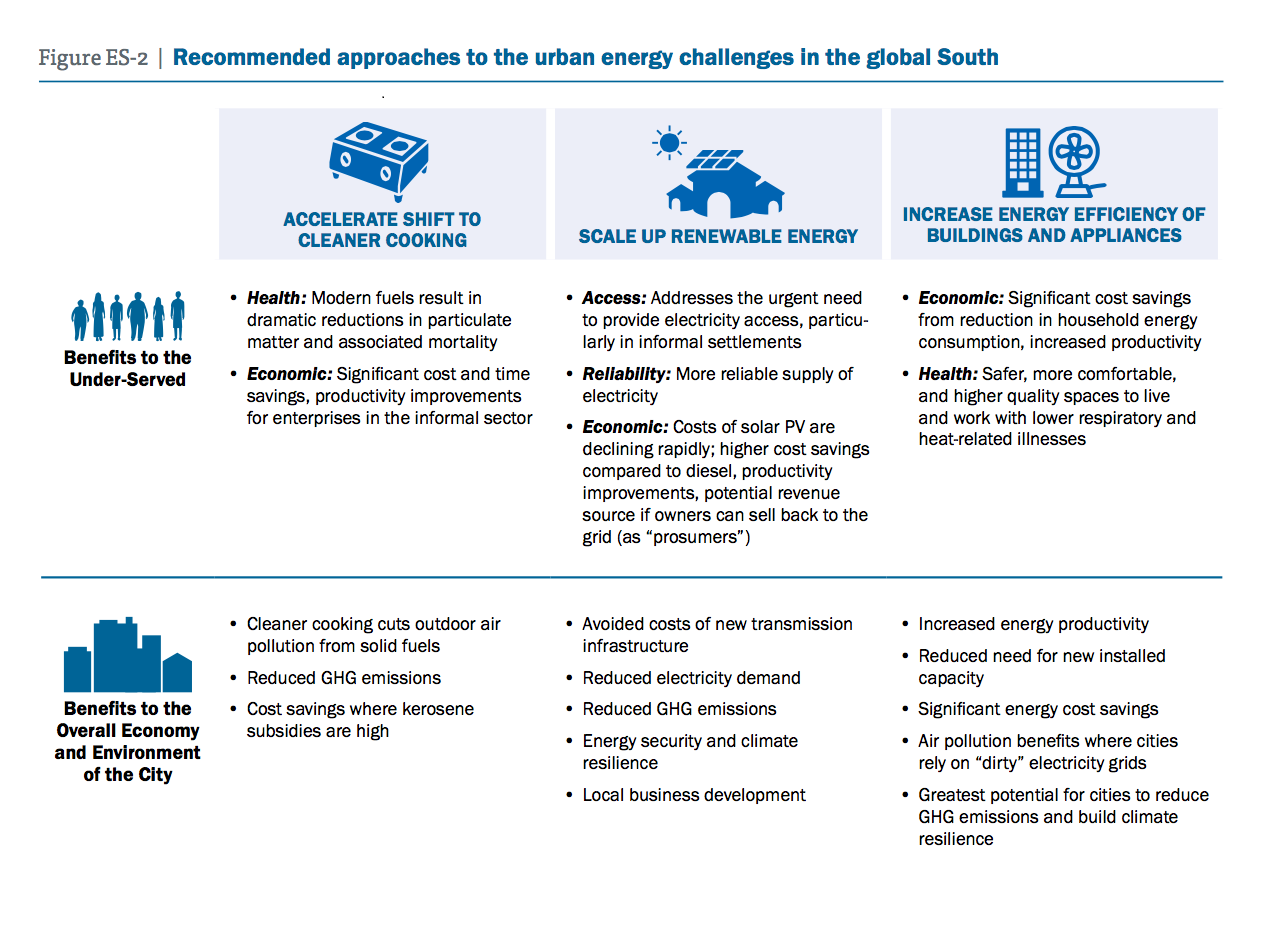