By the Numbers: Analyzing the U.S. National Climate Assessment

The draft U.S. National Climate Assessment was released last week, confirming that the climate is changing, that it is primarily due to human activities, and that the United States is already being adversely impacted. These top-line messages should come as no surprise, as they reconfirm the major findings of previous National Climate Assessments and of the Intergovernmental Panel on Climate Change’s recent reports.

A new federal report reveals alarming statistics on climate change. According to the 3rd National Climate Assessment, released in draft form today from the U.S. Global Change Research Program, the world could warm by more than 12°F by the end of the century if action isn’t taken to reduce greenhouse gas emissions.

Natural ecosystems provide essential services for our communities. Forests and wetlands, for example, filter the water we drink, protect neighborhoods from floods and droughts, and shade aquatic habitat for fish populations.

A Holiday Gift from the EPA: New Rules Will Cut Toxic Air Pollution from American Boilers

STATEMENT: EPA Finalizes New Clean Air Standards For Boilers - A “Gift for People and the Planet”

Fast-Start Finance: Where Do We Stand at the End of 2012?

Developed countries self-report that they have delivered more than $33 billion in fast-start climate finance between 2010 and 2012, exceeding the pledges they made at COP 15 in Copenhagen in 2009. But how much of this finance is new and additional? Developing countries and other observers have raised questions about the nature of this support, as well as where and how it is spent. Independent scrutiny of country contributions can shed light on the extent to which fast-start finance (FSF) has truly served as a mechanism to scale-up climate finance. Our organizations have analyzed the FSF contributions of the United Kingdom, United States, and Japan, and analysis of Germany’s effort is forthcoming.

Now that the election is over, elected officials need to return to the important act of governing. Building a low-carbon energy future will be essential for the country’s continued prosperity and security.

Silence on Climate Change Is Deafening

The recent silence on climate change in the U.S. political discourse is extremely troubling. As we can see from the recent spate of extreme weather events, the costs of inaction are clear in terms of both environmental and economic impacts. If we are going to meet the challenge of the global climate threat, we need to have a real, rational discussion about climate change. Having that discussion requires national leadership on this issue.

Australia, one of world’s most carbon-intensive countries, recently began implementing a comprehensive national policy to address climate change and transition to a clean-energy economy. Yesterday, WRI had the pleasure of hosting Mark Dreyfus, Australian Parliamentary Secretary for Climate Change and Energy Efficiency, who outlined his country’s plans to a group of business, congressional, and NGO representatives. 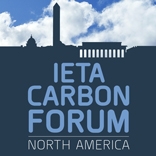 The summer of 2012 is poised to go down as a record-breaker. (And no, we’re not talking about the Olympics).

The Missing Link: Droughts, the Economy and Climate Change

The Science Behind the U.S. Drought

This post is part of WRI's "Extreme Weather Watch" series, which explores the link between climate change and extreme events. Read our other posts in this series.

Heat and drought continue to blanket the United States, leaving 54 percent of the nation’s pasture and rangeland, 38 percent of its corn crop, and 30 percent of soybeans in “poor” or “very poor” condition. As of the end of June, 55 percent of the contiguous U.S. was experiencing moderate or extreme drought – the most extensive drought in more than half a century (see map from last week’s US Drought Monitor).

WRI’s 30th Anniversary: A Look Back at Three Decades of Big Ideas

This year, the World Resources Institute celebrates its 30th anniversary. Every organization has great backstories, and in my five-plus years here as head of External Relations, I’ve heard many of WRI’s—multiple versions of them!

Today the World Resources Institute (WRI) and Overseas Development Institute (ODI) published two working papers examining the fast-start contributions of the UK and US (GBP 1.06 billion and USD 5.1 billion, respectively). These papers seek to shed light on how developed countries are defining, delivering, and reporting fast-start finance. A similar paper on Japan’s contribution is under development, led by the Tokyo-based International Group for Environmental Strategies (IGES). The studies are carried out in collaboration with the Open Climate Network (OCN).