Home > Maps & Data > Reefs at Risk in the Middle East 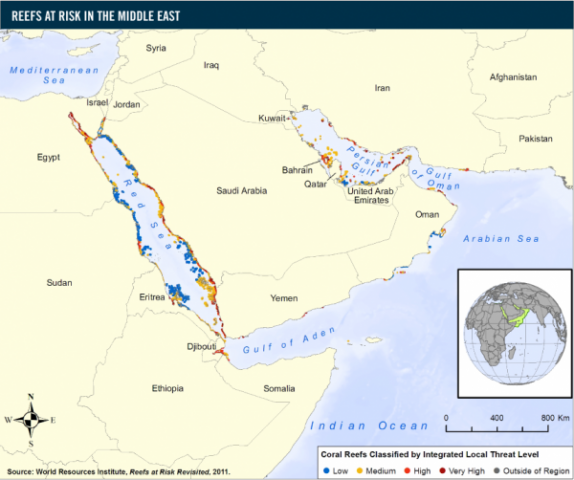 Nearly two-thirds of the coral reefs in the Middle East region are at risk from local threats (i.e., coastal development, overfishing/destructive fishing, marine-based pollution, and/or watershed-based pollution). The greatest pressure is in the Persian Gulf, where more than 85 percent of reefs are considered threatened, while the figure for the Red Sea is just over 60 percent. Areas of low threat in the central western Red Sea and along the northern Red Sea coast of Saudi Arabia may be some of the most extensive areas of reefs on the continental margin under low threat anywhere outside of Australia.