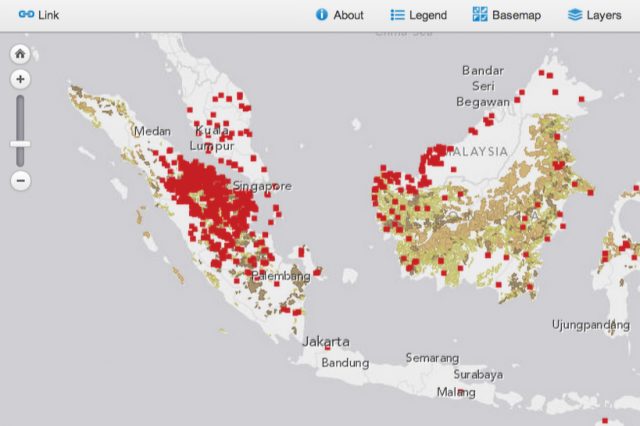 People in Indonesia, Singapore, and parts of Malaysia are currently suffering from debilitating levels of haze resulting from forest fires. Air quality levels in Singapore have deteriorated to the worst levels ever recorded on the island, while local airports in Indonesia and some schools in Malaysia have had to close. Almost all of the recent fires (June 12-20) have occurred in Sumatra, an island in western Indonesia.

WRI gathered information from NASA’s Active Fire Data, which uses satellite data to pinpoint the location of fires in near real time, together with the Indonesian Ministry of Forestry’s concession maps for oil palm, logging concessions, and timber plantation licenses. We counted the number of NASA fire alerts in each concession in Indonesia and tabulated the results.

NOTE: The visualizations below are based on publicly available data from NASA and the Government of Indonesia. WRI experts have done their best to verify this information, but cannot confirm the accuracy of the original information.