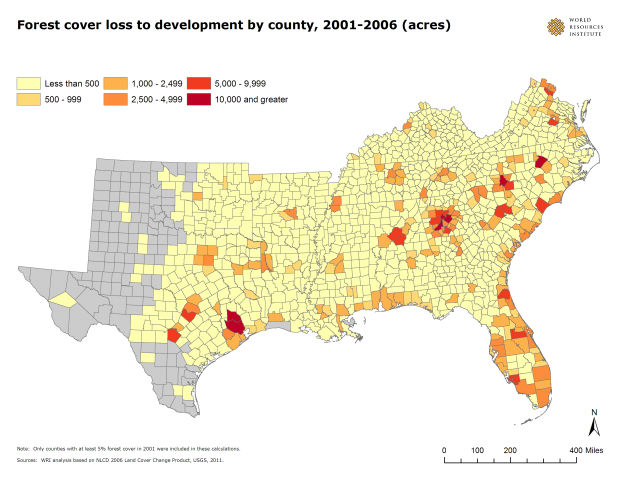 This map identifies the hotspots where urban and suburban development are putting forests at risk in the southern United States. Areas experiencing the most forest loss to development between 2001 and 2006 (the most recent years for which data are available) were counties near Houston, Atlanta, Raleigh, and Charlotte. Counties around San Antonio, Jacksonville, and Birmingham round out the “top ten."

When developing the map, WRI performed a county level analysis on the NLCD 2006 Land Cover Change dataset which was produced by the Multi-Resolution Land Characteristics Consortium, a coalition of federal agencies including the USGS, USDA Forest Service, NOAA, and others. WRI analyzed forested areas in 2001 that by 2006 had become developed or characterized by a high percentage of buildings, asphalt, concrete, and similar constructed infrastructure.