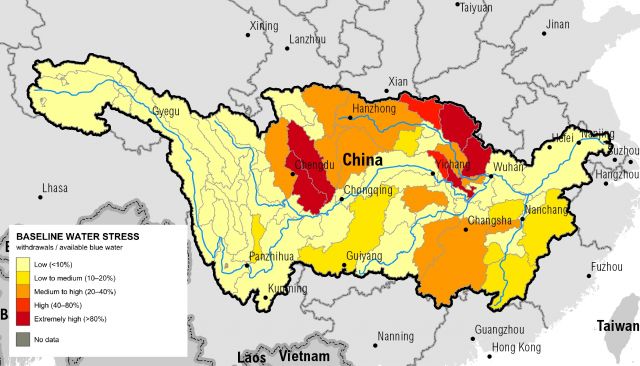 The Yangtze River is the longest river in China, running for over 4,000 miles (6,300 km) through 19 provinces in Southern China. The Yangtze basin typically experiences a rainy summer monsoon season, which can lead to flooding. The Yangtze is a major development area for China, and is already home to 40% of the country’s total GDP. Most of the water use in the basin is for irrigation, primarily for water-intensive rice production.