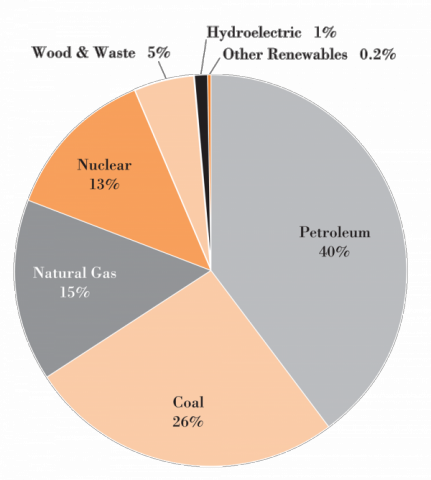 As of 2006, the Southeast relied on fossil fuel sources for approximately 80 percent of its total energy consumption (see chart), a total that is similar to, but slightly below, the national average of 85 percent (the regional fuel mix is comprised of larger contributions from coal and nuclear sources and a smaller percentage of natural gas than the national average).

Notes: "Other renewables" includes geothermal, wind, photovoltaic, and solar thermal energy sources, all of which are used exclusively for the generation of electricity. Totals do not include net interstates flow of electricity (i.e. electricity imported or exported between states). Totals may not add up to 100% due to rounding.

Southeast Freshwater Withdrawals, By Use Category, 2000

Southeast Electricity Generation by Source, 1997 and 2006