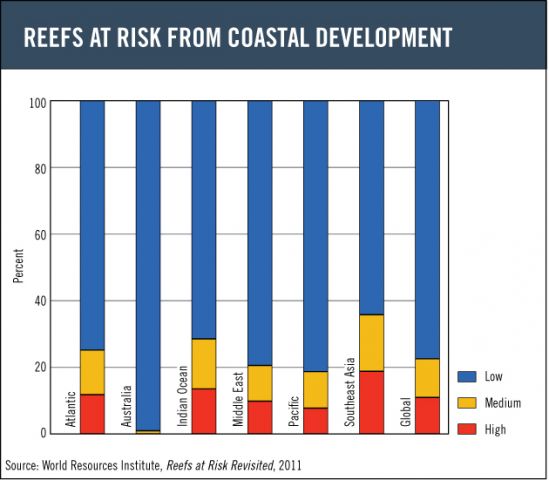 Development along the coast threatens almost 25 percent of the world’s reefs, of which more than 10 percent face a high threat. The largest proportion of threatened reefs are in Southeast Asia, where small islands with densely populated coastlines put pressure on at least one-third of the region’s corals. Coastal development is also a major threat in the Indian Ocean and the Atlantic; more than a quarter of reefs are threatened in each region. These figures are likely to be conservative, due to the inability of available data to capture very recent development.