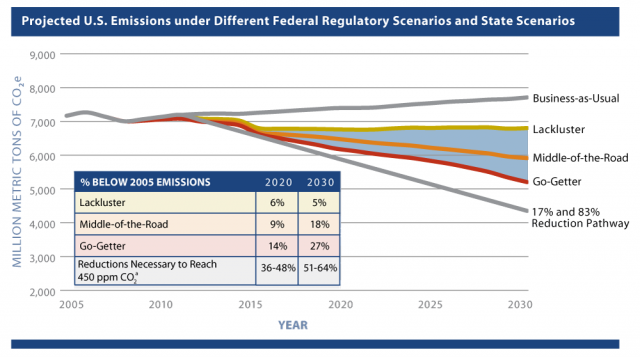 This chart is based on WRI's analysis of potential reductions under existing federal authorities and announced state actions through 2030.

This chart depicts the additional reductions achievable when three state-level scenarios are added to the federal policy scenarios.