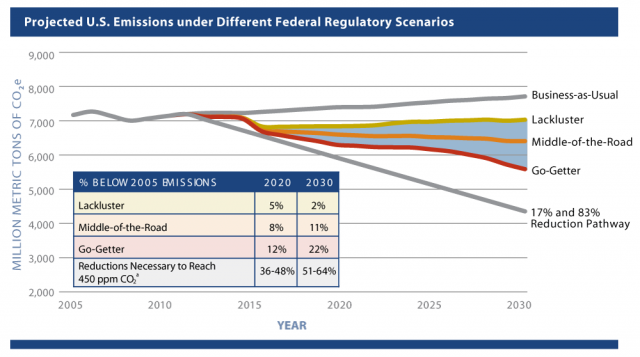 This chart is based on WRI’s analysis of potential reductions under existing federal authorities and announced state actions through 2030.