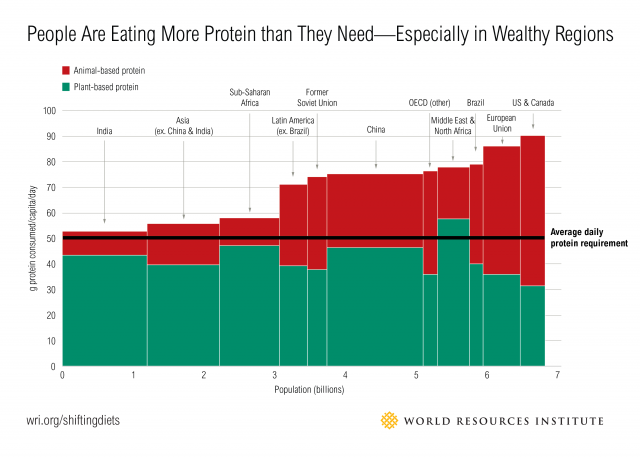 Overconsumption of protein occurs in all of the world’s regions, and it is rising in developing and emerging economies. In 2009, the average person in more than 90 percent of the world’s countries and territories consumed more protein than estimated requirements. Global average protein consumption was approximately 68 grams per person per day—or more than one-third higher than the average daily adult requirement. In the world’s wealthiest regions, protein consumption was higher still.

This chart is based on data from the Working Paper, Shifting Diets for a Sustainable Food Future.