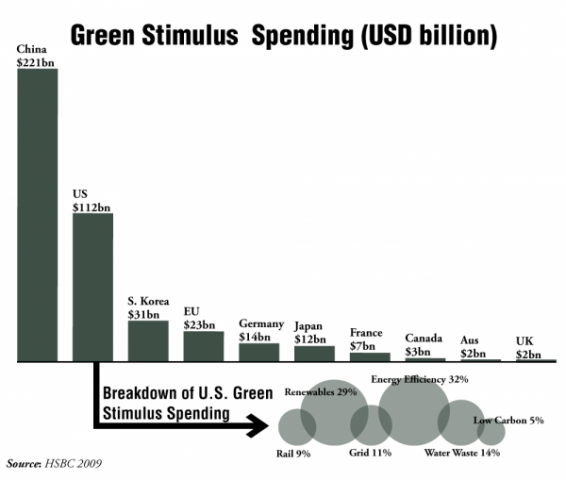 The United States has made green spending a key part of its stimulus packages in response to the domestic and global economic crisis.

In February 2009, Congress, with the encouragement of President Obama, passed the American Recovery and Reinvestment Act (commonly known as the stimulus package), which provides at least $112 billion for investments in renewable energy, efficiency, smart grid, “green-collar” job training, and other emissions-reducing clean energy projects. Worldwide, this green investment by the U.S. is second only to China’s stimulus package in amount dedicated to green funding. An evaluation of stimulus packages by HSBC also found that only the U.S. plan provided a “real boost to renewables.” [HSBC, February 2009]