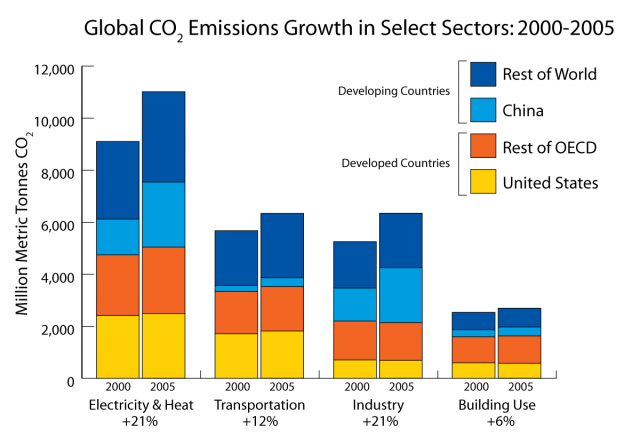 Total global emissions grew 12.7% between 2000 and 2005, an average of 2.4% a year. However, individual sectors grew at rates between 40% and near zero, and there are substantial differences in sectoral growth rates between developed and developing countries.

This chart shows emissions growth by region in four select sectors: electricity & heat, transport, industry, and building use. Emissions growth in every sector is primarily attributable to developing countries, which now account for the majority of emissions from electricity & heat, as well as industry. However, developed countries still account for a majority of emissions in the transport and building use sectors.