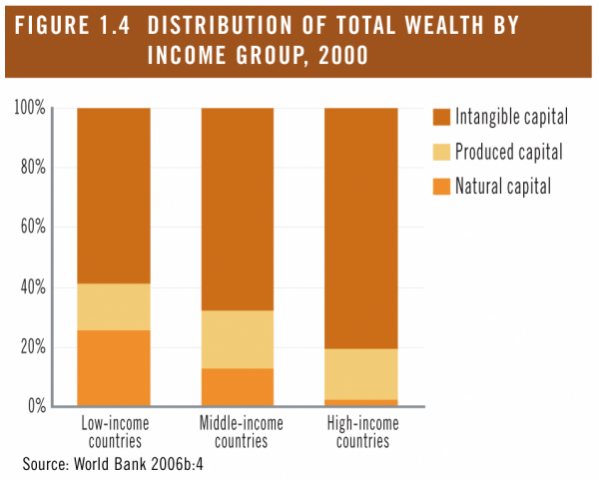 The bulk of the world's wealth exists not as natural capital or physical capital (such as buildings, roads, or goods) but as human, social, and institutional capital.

These are the intangible forms of wealth represented by human knowledge and capacity, social networks, and the quality of human institutions such as the rule of law.

In developing countries this "intangible capital" accounts for nearly 60 percent of total wealth, but in high-income countries the proportion is far higher-about 80 percent.

To a great extent, the key advantages of rich countries are the skills of their labor force, the breadth of their commercial and social networks, and the quality of their institutions-these are essential ingredients behind their high level of economic activity.

For developing countries, making the most of their natural resource wealth will require overcoming their current deficits in these forms of intangible capital.

Reaching the Poorest With Microcredit Worldwide, 1997-2006