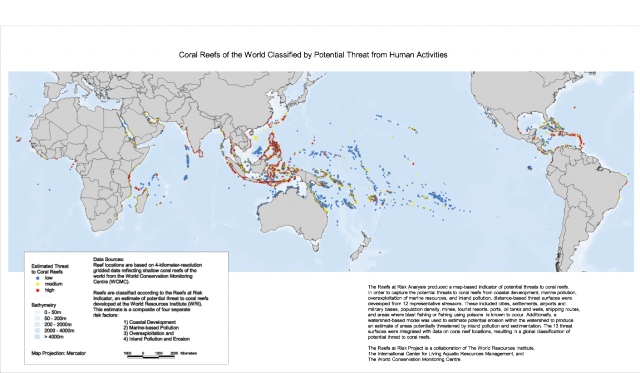 Additionally, a watershed-based model was used to estimate potential erosion within the watershed to produce an estimate of areas potentially threatened by inland pollution and sedimentation. The 13 threat surfaces were integrated with data on coral reef locations, resulting in a global classification of potential threat to coral reefs.