An Updated Response to EEI’s Timeline of Environmental Regulations

The largest electric power industry trade group, the Edison Electric Institute (EEI), produced a slide in 2010 (updated in May 2011) that purports to display an onslaught of new requirements for power plants. WRI has identified four categories of EPA activities on the EEI timeline that are potentially misleading. This fact sheet updates the analysis done in our earlier response to EEI's timeline of environmental regulations.

This fact sheet updates the analysis done in our earlier response to EEI's timeline of environmental regulations.

EPA remains on track in issuing rules that provide a path to a cleaner power fleet.

After years of delay, the U.S. Environmental Protection Agency (EPA) is working to reduce dangerous and toxic pollutants released to the air and water by electric power plants, as required by the Clean Air Act (CAA) and other statutes. Four key points about EPA’s actions are clear:

CEOs and other representatives of major electric power corporations have suggested that EPA’s regulatory timeline is unworkable. The largest industry trade group, the Edison Electric Institute (EEI), produced a slide in 2010 (updated in May 2011) that purports to display an onslaught of new requirements for power plants. EEI has distributed this slide (reproduced in Figure 1) widely on Capitol Hill, where it presumably hopes to win lawmakers’support for additional delays in EPA rules or even a stripping of EPA’s regulatory authority.

WRI has identified four categories of EPA activities on the EEI timeline that are potentially misleading. When these activities are removed, only the timing of actual new compliance obligations is left. In Figure 2, “X”s (color coded for each filter in the screening process) have been applied to remove events from EEI’s timeline that are not consequential from a compliance standpoint.

The EPA regulatory process is far from a “train wreck.” EEI’s misleading timeline consists mostly of procedural events and activities that will not impose a direct compliance obligation on power plants. This serves only to spread confusion about EPA’s actual regulatory schedule.

EPA is carrying out the intent of Congress (through the passage of the bipartisan Clean Water Act, Clean Air Act, and subsequent amendments) to clean the nation’s air and water. These rules can help the United States transition to cleaner and more efficient power plants by establishing a clear pathway for investments in an electric generation fleet for the 21st century.

The CAA requires EPA and states to regulate and reduce harmful pollutants from major emissions sources, including power plants. To date, this framework has delivered substantial improvements in air quality and significant public health benefits estimated between $82 and $556 billion annually. Over the next decade, power plants will be subject to new rules under the CAA as well as the Clean Water Act (CWA) and the Resource Conservation and Recovery Act (RCRA) to control substances that cause serious health problems and substantial damage to America’s natural resources. These rules will take effect after long lead times; in most cases industry has been on notice for years that these pollutants would be regulated.

Many of the regulations under consideration by EPA have been in the regulatory pipeline for over a decade. Due to administrative delays and litigation resulting in court decisions remanding or vacating previous rules, many of these rules have not been finalized or the final rules were reversed. In many cases Congress has set statutory deadlines for EPA to act, EPA has missed the deadlines, and courts have ordered EPA to act. 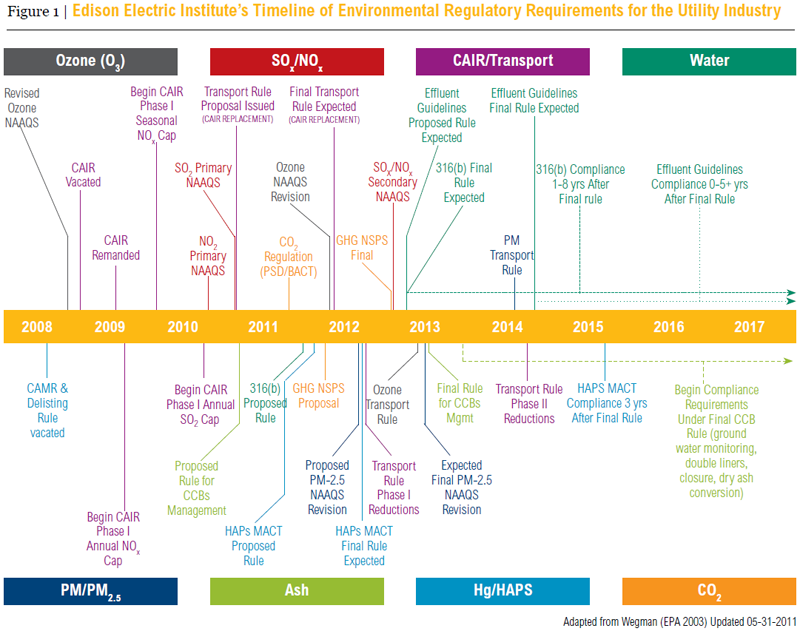 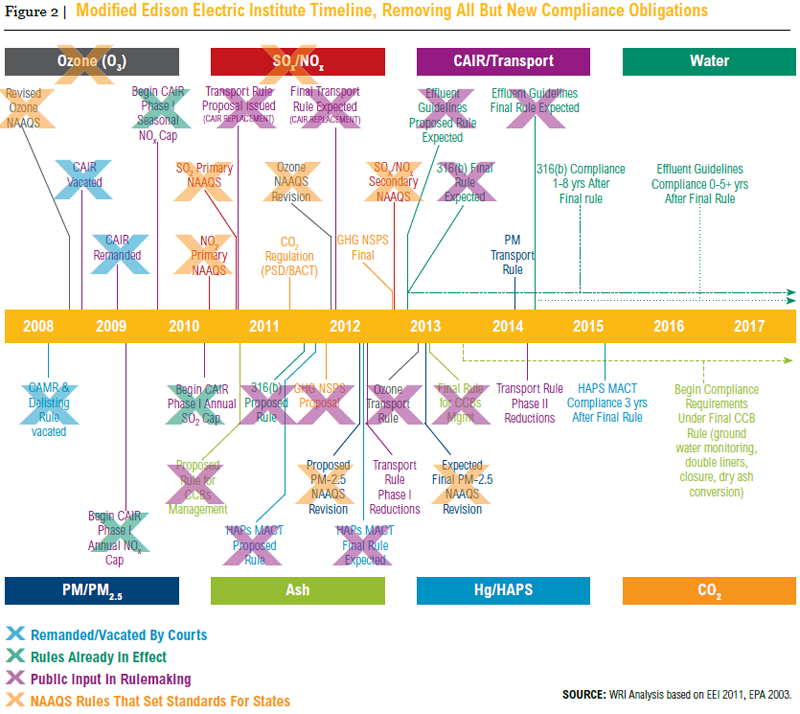 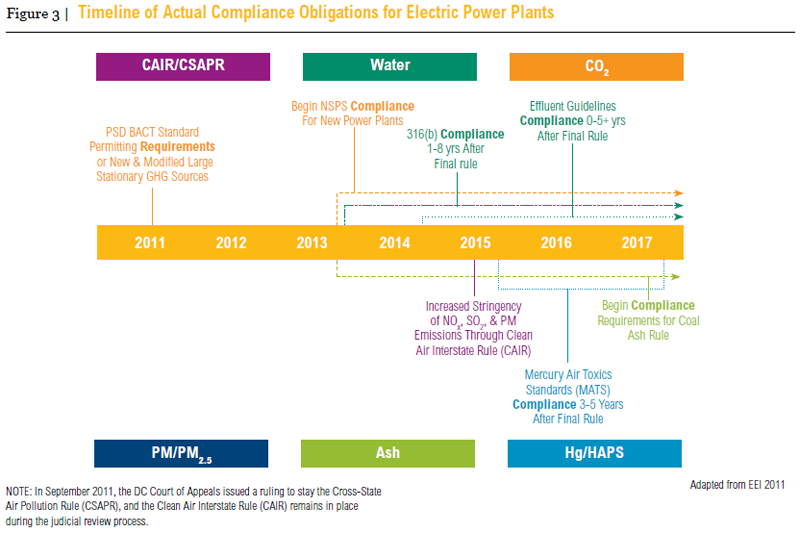