This fact sheet examines how Missouri can use its existing policies and infrastructure to meet its emission standards under the Clean Power Plan while minimizing compliance costs, ensuring reliability, and harnessing economic opportunities. Read about additional analyses in WRI's fact sheet series, How States Can Meet Their Clean Power Plan Targets.

Missouri can get 90 percent of the reductions required by taking the steps described below:

Missouri could make up the gap that remains by increasing renewable generation after the renewable energy standard is reached in 2021. If renewable energy grew from 15 percent of investor-owned utility sales in 2021 to 20 percent of all state sales by 2030, Missouri would more than make up the remaining gap, exceeding the reductions required to meet its mass-based target by 14 percent.

Missouri can develop an implementation plan that maximizes the economic benefits to the state and achieves emission reductions cost-effectively by:

Missouri can put itself in a strong position to comply with the Clean Power Plan while taking advantage of economic opportunities and maintaining grid reliability. Missouri has already put policies in place to increase renewable generation and encourage more energy efficiency, but power plant emissions are projected to increase if the state doesn’t follow through on these policies. Failing to meet its renewable energy standard and voluntary efficiency goals will make CPP compliance more difficult and expensive. But by meeting its voluntary efficiency goals and expanding its renewable energy standard, Missouri could put itself in strong position to meet, or even exceed, its targets. 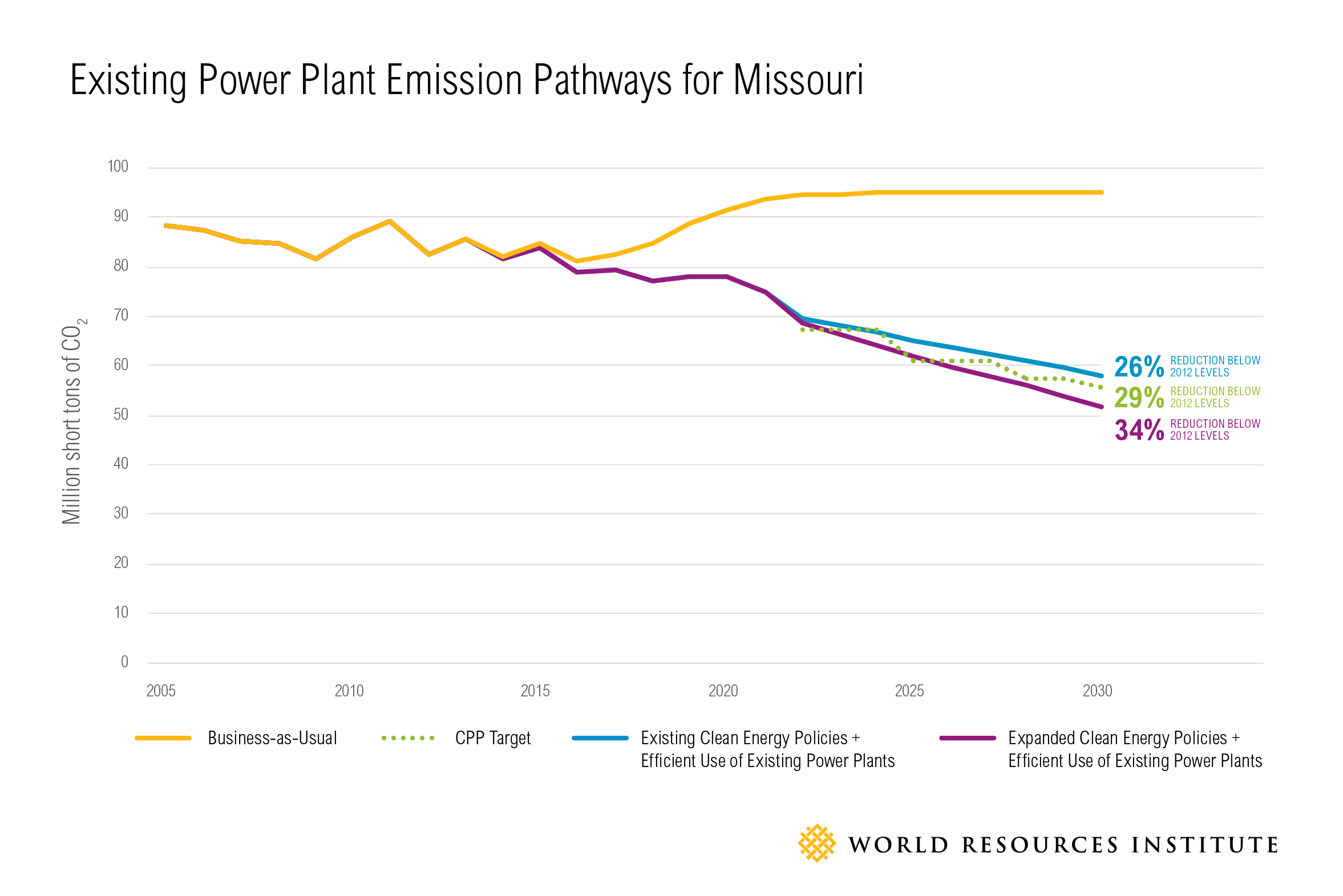