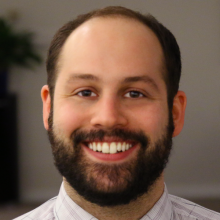 Prior to joining WRI, Zach served as Climate Advisor to the City of Philadelphia through the Bloomberg American Cities Climate Challenge. In this role, he supported the City’s Office of Sustainability in developing and implementing initiatives to reduce carbon emissions in the buildings and transportation sectors.

Zach has an extensive background in clean energy and local government. He was Program Director at The Solar Foundation for SolSmart, a solar designation and technical assistance program for cities and counties funded by the U.S. Department of Energy. Additionally, he served as Director of Communications for former mayor of Austin, Texas, Lee Leffingwell.

He lives in Philadelphia, and in his free time, Zach likes to read books in his local park and ride transit around the city.