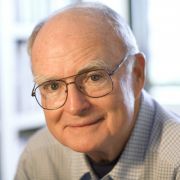 William D. Ruckelshaus is currently a Strategic Director of Madrona Venture Group, formed in 1999 and a principal of Madrona Investment Group, L.L.C. In 1970 Mr. Ruckelshaus became the first Administrator of the U.S. Environmental Protection Agency and in 1983 was re-appointed as the fifth Administrator. As a U.S. representative to the World Commission on Environment and Development (the Brundtland Commission), Mr. Ruckelshaus had the opportunity to travel around the world and assess the best direction for global environmental action. Former CEO/Chairman of Browning Ferris Industries and Senior VP, Weyerhaeuser Company, Mr. Ruckelshaus currently serves as a director of several corporations, including Cummins Engine Company, Nordstrom, Inc., Weyerhaeuser Company, Vykor, Inc. and Isilon Systems. He is also Chairman of the State of Washington Salmon Recovery Funding Board and Chairman of the University of Washington and Washington State University Policy Consensus Center. In June of 2001, he was appointed by President Bush as a member of the U.S. Commission on Ocean Policy which was created by Congress in 2000.