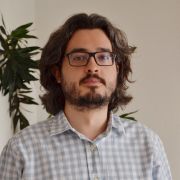 Walter is a Climate and Cities Coordinator at WRI Brasil. He is helping to strenghten the Climate and Cities Initiative, bringing together both teams to deal with common challenges such as air quality and short lived climate pollutants in Brazilian cities. He seeks to maximize WRI’s impact in the field not only by contributing to the technical outputs of the Initiative, but also by ensuring that they are connected to the work of a broader ecosystem of institutions.

Walter previously worked as a portfolio coordinator for a Brazilian-based climate-change philanthropy, focused on low carbon transportation. He was Rio de Janeiro’s State Superintendent for Green Economy and Climate Change, where he helped to develop subnational legislation focused on contributing to the local low-carbon development model. Prior to that, he was a private sector climate strategy consultant for major Brazilian Companies.

Walter holds a B.S. in Economics and Environmental Studies from Tufts University in Boston, MA. He is currently a master’s candidate in Public Administration and Government at Fundação Getúlio Vargas in São Paulo, Brazil.

Walter is the sleep deprived father of a 2.9 year old and 1 month baby, and between diapers he is either cooking, compulsively reading literature, playing board games or enjoying the company of his wife.