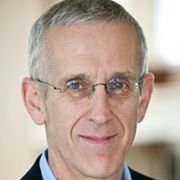 Todd Stern is a Distinguished Fellow at the World Resources Institute. In this role, Todd works on implementation of the Paris Agreement and advises the climate program more generally on strategic efforts globally. Todd served from January 2009 until April 2016, as the special envoy for climate change at the Department of State. He was President Obama’s chief climate negotiator, leading the U.S. effort in negotiating the Paris Agreement and in all bilateral and multilateral climate negotiations in the seven years leading up to Paris. He also participated in the development of U.S. domestic climate and clean energy policy.

Todd served under President Clinton in the White House from 1993 to 1999, mostly as assistant to the president and staff secretary. From 1997 to 1999, he coordinated the administration’s initiative on global climate change, acting as the senior White House negotiator at the Kyoto and Buenos Aires negotiations. From 1999 to 2001, he served as counselor to Secretary of the Treasury Lawrence Summers, advising the secretary on the policy and politics of a broad range of economic and financial issues, and supervising Treasury’s anti-money laundering strategy.

From 2001 to 2008, he was a partner at the law firm WilmerHale, where he served as vice chair of the public policy and strategy group. He was also a senior fellow at the Center for American Progress from 2004 to 2008, where he focused on climate change. In the fall of 2016, Todd was a visiting lecturer in law at Yale Law School, teaching a course on the development of the international climate regime. He lectured in 2017 at both Yale and Brown Universities. He has written for various publications, including The Washington Post, The Atlantic, The American Interest, and The Washington Quarterly. He has also appeared on CNN, BBC, MSNBC, and NPR, among others.

Todd graduated from Dartmouth College and Harvard Law School. He is a member of the Council on Foreign Relations.