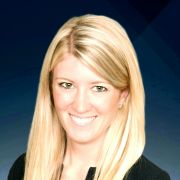 Ms. Clay is the founder and CEO of Saddleback Holdings, a company that acquires, owns and operates multi-unit restaurant franchise businesses. Prior to founding Saddleback, Ms. Clay was an investor with the global private equity firms TPG Capital and L Catterton. At TPG she was a founding member of the TPG Alternative and Renewable Technologies (ART) investment team. She started her career as a consultant with McKinsey & Co. where she served a number of public and private sector clients throughout North America and the Middle East. Ms. Clay received her M.B.A. from Harvard Business School where she graduated with high distinction as a George F. Baker Scholar. She received a B.A. from Yale University where she graduated summa cum laude and was elected to Phi Beta Kappa. She is a member of the Board of the World Resources Institute as well as a term member at the Council on Foreign Relations.