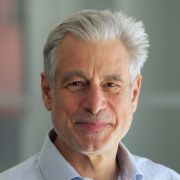 Theodore Trefon is Strategy and Policy Lead for the Central Africa Forests Program tasked to assist in implementing national forest activities in the Democratic Republic of Congo and the Republic of Congo; harmonizing forest policies throughout the Central Africa region; and participating in fund-raising initiatives. Theodore’s ambition at WRI is to put his extensive DRC field experience to use in narrowing the gap between abstract policy theory and pragmatic concrete actions.

On extended leave from the Belgian Royal Museum for Central Africa where he is senior researcher in the Earth Sciences Department, Theodore teaches environmental governance at ERAIFT/Kinshasa and has lectured on social science approaches to sustainable development at Boston University Brussels and the Catholic University of Leuven (KUL).