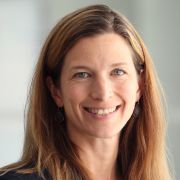 Taryn Fransen is an international climate change policy expert based in the San Francisco Bay Area. As a Senior Fellow in WRI’s Global Climate Program, Taryn focuses on long-term (2050) climate strategies and Nationally Determined Contributions, with a view to leveraging these and other policy instruments in support of rapid decarbonization.

In 2018, Taryn served as Senior Policy Advisor on the Global Climate Action Summit for the Office of the Governor of California. From 2011-2017, she led WRI’s Open Climate Network, a coalition for ambition and transparency on climate action that focused most recently on countries’ commitments under the Paris Agreement. Previously, she managed the GHG Protocol’s efforts to build GHG accounting capacity in developing countries, including Brazil, China, India, Mexico, and the Philippines. Taryn has also contributed to WRI’s research on climate finance and on measurement, reporting, and verification.

Before joining WRI, Taryn worked for the United Nations Foundation and the Pew Center on Global Climate Change (now C2ES) and provided research support to a range of clients in the environmental community, including the World Wildlife Fund, the Tropical Science Center, and the Stockholm Environment Institute.

Taryn has served as a lead author of the UNEP Emissions Gap Report and as a member of the board of the GHG Management Institute. She holds an M.S. and B.S. in Earth Systems from Stanford University and is pursuing doctoral studies in the Energy and Resources Group at the University of California - Berkeley.