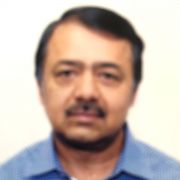 Shashi Shekar is a Senior Fellow with the Energy program at World Resources Institute, India.

Shashi Shekhar graduated in geology from Patna University. He joined the Indian Administrative Service in 1981 and was allotted Tamil Nadu Cadre where he held various positions, including Managing Director of Mineral Development Corporation, Sugar Department, Collectors of Pudukkotai and The Nilgiris Districts, Senior position in Municipal & Water Department, Transport and Urban Infrastructure financing before moving to New Delhi to join Ministry of Power as Joint Secretary. He is credited with preparing the Energy Conservation Bill that became an Act in 2002. He was appointed as the first Director General of Bureau of Energy Efficiency. He spent more than 10 years in the Power and Renewable Energy sector and has presented a number of papers in international forums on power sector development. He prepared the 12th Plan draft document of the Ministry of New and Renewable Energy wherein for the first time he advocated wind and solar energy to acquire market orientation. He later joined Ministry of Environment and Forest as Additional Secretary and also Chairman of Central Pollution Control Board. During this period, he dealt with subjects like Environment Clearance, River Pollution abatement, Wetland Development, Coastal Regulatory Zone, etc.

In December 2016 he retired as Secretary, Ministry of Water Resources, River Development and Ganga Rejuvenation, Govt. of India. During his time there, he initiated far reaching reforms in the water sector and highlighted the need to understand riverine ecosystem before undertaking any water resource development projects. He also underlined the importance of Ground Water given that it contributes 64% of the total irrigated area and is depleting rapidly.

After retirement Shashi has been involved with policy and regulatory advocacy for rapid development of solar energy and promotion of Electric Vehicle (EV). He is actively engaged in informal advice to NITI Aayog and some senior officers in the Central Government for appropriate but market driven policies for solar and EV.

Currently, he works towards the promotion of solar power, IT based solution for power sector including RE integration, Electric mobility etc. He advises the Principal Scientific Advisor on water sector.