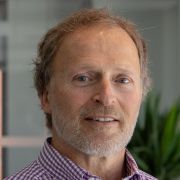 Robi is WRI’s U.S. City Renewables Lead, Energy Program. The program is designed to help cities meet and exceed their renewable energy goals. Additionally, the program will help cities engage with large-scale, off-site renewable energy projects through innovative procurement mechanisms; deploy renewables locally where it makes sense to do so; and navigate regulatory, policy and institutional barriers by engaging with utilities and policymakers.

Prior to joining WRI, Robi had a 20-year career at NREL working with PV, wind, pumped storage hydro, marine hydrokinetic and hybrid technologies. He conducted resource assessments for these technologies with federal, tribal, corporate and foreign country clients. He was part of NREL’s organizing team for the first 4 Solar Decathlons held on The Mall in Washington DC. He had previously worked for Altair Energy installing PV systems on schools and residences in Colorado. In a previous career, Robi taught high school math and coached at schools in England, Luxembourg, India, and eastern and western U.S. He has bicycled across the U.S. 3 times, the Canadian Rockies, western Europe, and eastern Europe (the year after the Iron Curtain fell). His claim to fame is that at the time he turned thirty he had put more miles on his bicycle than his car.

He lives in Boulder, CO with his middle school son, Cooper. His daughter, Mia, is studying at the University of Oregon. He enjoys skiing, guitar and reading.