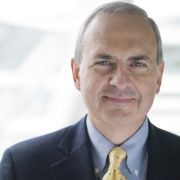 Preston R. (Jeff) Miller is a founding Partner of The Tremont Group, a private investment and strategic advisory firm based in the Boston area specializing in energy and the environment. He was a founding Partner of The Beacon Group, a private investment and merger advisory firm acquired by JPMorgan Chase, where he became a Partner of JPMorgan Partners. Previously, Mr. Miller was with Goldman, Sachs & Co., where he was the founder and global head of the non-regulated power generation group. Prior to Goldman Sachs, he was a bond analyst at Standard & Poor’s Corporation.

Mr. Miller is a member of the boards of Nexant Inc., Powerspan Corp., and the Maine Historical Society. He served as a member of the Gas Technology Institute Strategic Advisory Council and of the Advisory Committee for MIT’s Study of the Future of Coal.