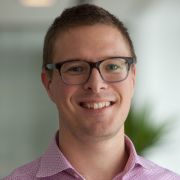 Nicholas Bianco is the Deputy Director for WRI United States, where he helps coordinate WRI’s work in the United States across climate, energy, food, forests, water and the sustainable cities programs. In this role he also helps oversee the work of the U.S. climate team, which aims to catalyze and support climate action by states, cities, and businesses while laying the groundwork for federal action in the coming years.

He previously served as the Director of Regulatory Analysis and Strategic Partnerships at the Environmental Defense Fund. In that role, he oversaw the analytical research conducted in support of the domestic climate and air regulatory team. Before that he led WRI’s work on state, regional, and federal agency efforts to reduce greenhouse gas emissions, and oversaw DC operations for the New Climate Economy. He also worked for the Massachusetts Department of Environmental Protection, where he helped design and implement various climate change and air quality programs. This included the Regional Greenhouse Gas Initiative (RGGI), a cap-and-trade program for greenhouse gas emissions from the power sector.