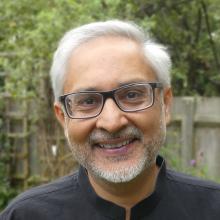 Moazzam Malik is Managing Director for Global Delivery at World Resources Institute. He champions WRI’s mission in Asia and the Middle East, and oversees the institutional infrastructure and systems required to deliver WRI’s ambitious global strategy and country strategies.

Moazzam has decades of experience in government, international affairs and international development. Before his time at WRI, Moazzam served as Director General of Africa at the UK’s Foreign, Commonwealth & Development Office (FCDO). He led government policy on Africa, including the network of embassies across the continent; and oversaw thematic directorates covering open societies and human rights, conflict, and international finance (including the government’s partnership with multilateral banks and the UK development finance institution, CDC/BII).

Prior to that, from 2014 to 2019, he was British Ambassador to Indonesia, Timor-Leste and ASEAN. He has held a range of senior roles at the UK Department for International Development (DFID) including Director General for Country Programmes, Director for Western Asia, and Principal Private Secretary. He also led the team that produced the UK White Paper – ‘Eliminating World Poverty: Making Governance Work for the Poor’.