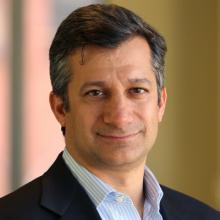 Prior to WRI, Michael was the Federal Media Director at NRDC, where he led efforts to advance the organization’s top priorities, including climate change, clean energy, public health, and other issues. Previously, Michael was a senior communication officer for the international division of the American Red Cross, focusing on humanitarian disasters, public health, and related issues.

Michael has travelled and worked in numerous countries, including Brazil, China, India, Indonesia, Madagascar, Sri Lanka, Thailand, and Vietnam. He lives in Washington D.C. with his wife, Jennifer, two teenager kids, a dog, and an elderly cat.