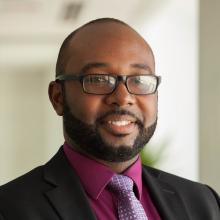 Mario is a Research Manager, Climate Ambition and Implementation, under the Global Climate program. He leads research initiatives that focus on the nexus between NDC enhancement and green recovery, primarily for the Latin America and the Caribbean Region, and Nigeria. Mario previously managed a small team of data analysts in two of WRI's International Offices that focused on conducting research in support of WRI's partnership initiative to create an open data portal for community-scale GHG inventories and climate action planning in 12 countries. He also led the research and supported the development of the upcoming Cities4Forests Nature-based Solutions (NbS) Finance Explorer, a key resource that will highlight different NbS funding mechanisms and grant opportunities for city projects.

Mario has experience in energy and emissions modeling and in climate and energy policy analysis in Latin America and the Caribbean (LAC) and the U.S. Previously, he worked at non-profit organizations and think-tanks on topics such as biodiversity conservation, residential building energy efficiency, and grid restructuring efforts in Puerto Rico, post-hurricane Maria.

He holds an M.S. in Climate Science and Policy from the Bard Center for Environmental Policy in New York and a B.S. in Environmental and Natural Resource Management and Marine Biology from the University of the West Indies, Trinidad and Tobago.

Mario is an unapologetic Manchester City supporter, enjoys playing cricket, and has a passion for Latin American and Caribbean culture, food, and music. In his spare time enjoys cooking, traveling with his dog Muñeca, and ticking as many items as possible from off of his bucket list.