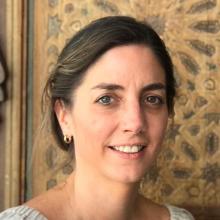 María Teresa Tattersfield Yarza is the forest carbon Manager of WRI Mexico, responsible to coordinate the execution of CO2munitario (forest carbon capture). She is a specialist in the design and development of methodologies and protocols that have been implemented in Mexico with great success in the sale of offsets in the international market.

During the previous six years she was in charge of Program of Natural Solutions at Tecnológico de Monterrey University and was an advisor to the Neutralízate Program of the organization Pronatura México, in the area of voluntary forest carbon markets. She has been part of the special team of advisers in sustainable development and climate change for the Foreign Ministry of the British Commonwealth Government, and was in charge of the relationship with the priority states on mitigation and adaptation issues, promoted the realization of the first Plans State of Climate Change, as well as political analysis and preparation of recommendations for decision making in the design of agreements and memoranda of understanding in the Mexico-United Kingdom relationship on issues such as low carbon economy.

On the other hand, she has been responsible for the elaboration of strategies that combine the efforts of local and federal governments in the development of international initiatives such as Methane to Markets. In her work at the Ministry of Environment and Natural Resources, she coordinated initiatives such as the restoration of the Lerma Chapala Basin. She has also coordinated cooperation projects for Mexico in the field of rural training with different international organizations and institutions such as the CEC, USAID, UNDP, etc., and has had the opportunity to participate in several publications of the same. Teresa is an expert in project execution and evaluation, with extensive experience in the federal government, non-governmental organizations, international organizations and academia.

She holds a degree in International Relations with a Master's Degree in Environmental Policy and Management, Specialization in Sustainable Development (LEAD program from the Colegio de México) and Energy Efficiency and Environment at FLACSO.