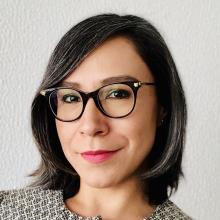 Lorena González is Senior Associate for UN Climate Finance at WRI’s Finance Center. She leads work to strengthen key policies and governance elements in the United Nations Framework Convention on Climate Change (UNFCCC), the UN System and multilateral climate funds. Her responsibilities include designing and directing policy-oriented research to promote a stronger climate finance regime, especially one that works for poor and vulnerable countries.

Prior to joining WRI, Lorena worked at the Executive Office of the Secretary General of the United Nations. In this position, she led the work on climate finance and carbon pricing for the Climate Action Summit. She also provided strategic advice on emerging initiatives from a broad set of stakeholders, conducted in-depth analysis of the changing geopolitics on climate finance and developed prospective scenarios for strengthening synergies across the UN System and with other relevant international financial institutions.

Lorena has broad experience working in international climate policy and sustainable development. She has held various positions in the public sector and with civil society and international organizations. Between 2016 and 2019, Lorena advised the Independent Association of Latin America and the Caribbean (AILAC), formal negotiation group under the UNFCCC, in matters related to climate finance, technology and capacity building for the negotiations of the Paris Agreement Rulebook.

Before that, as Director for Environmental Issues in the Ministry of Foreign Affairs, Lorena was Mexico’s lead negotiator for climate finance in the multilateral process that led to the adoption of the Paris Agreement in 2015.