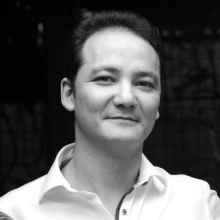 Leo is Head of WRI’s UK Office and Director for Strategy and Partnerships at WRI Ross Center for Sustainable Cities. As Head of the UK Office, he oversees the development and implementation of WRI’s strategy to engage with key UK-based individuals and institutions with assets and influence to help advance WRI’s mission. As Director of Strategy and Partnerships at the WRI Ross Center for Sustainable Cities, Leo leads WRI Ross Center’s institutional strategy and development efforts, including fundraising and forging impactful coalitions and partnerships and shaping new special initiatives. He works closely with the Center’s leadership team to guide its future growth.

During his seven years as Director for International Cooperation at WRI, he has helped forge impactful partnerships with governments backed by $200 million in funding, including $84 million in precious core funding. He has been an effective ambassador for WRI within the international development community, and helped forge innovative multi-stakeholder partnerships to support WRI mission as it expands its global reach on environment and development issues.

Prior to joining WRI Leo served as Climate Change and Environment Adviser for the Africa region at the United Nations Development Programme, covering 45 countries. Before that he had served as an adviser to the British and Chinese governments and the World Bank, covering a range of technical and strategic issues linked to the environment-development nexus.

From 2006 to 2009, he helped develop and then coordinated a pioneering partnership between the UK and China on sustainable development, launched by Prime Ministers Blair and Wen, and involving 17 government ministries/agencies. In parallel, he co-founded the China Carbon Forum and led it to become a thriving professional association providing the key interface between the business community and senior Chinese government decision-makers on climate policy issues.

Leo serves on the Board of ChinaDialogue, an independent organisation dedicated to promoting thought-leadership and forging a common understanding of China’s urgent environmental challenges, and the Advisory Council of the Ecosystem Restoration Camps, which aims to build a social movement to rehabilitate damaged ecosystems and restore degraded lands across the world.

He also serves as Professor of Practice at the Centre for Development, Environment and Policy at SOAS, University of London. He has published and been quoted in mainstream and specialist media on China’s development challenges (including the Financial Times, Reuters, The Age, the Sydney Morning Herald, CNN, The Bangkok Post etc).

He is the co-author of a textbook on “Climate Change and Development”, published by Routledge under its ‘Perspectives on Development’ series.