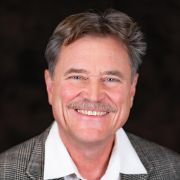 As Vice President for Communications at WRI, Lawrence leads the design and implementation of strategic communications plans and activities that help to make WRI’s big ideas happen. A development policy communications expert and former foreign correspondent, he works to increase the influence and impact of the Institute’s research and analysis by leading an integrated communications program that includes online engagement, media relations, events, and government and NGO outreach. He is responsible for strengthening communications capacity across the Institute, including in Washington and in the growing international offices.

Before joining WRI in October 2014, Lawrence worked for 10 years at the Center for Global Development (CGD), a Washington, DC, based think-and-do tank, where he was part of a small leadership team that earned the Center an international reputation for turning ideas into action to promote shared global prosperity. In addition to his role as CGD Vice President for Communications and Policy Outreach, he hosted a weekly podcast, The Global Prosperity Wonkcast, and published essays on think tank operations and policy change. His recent CGD papers include Citizen Voice in a Globalized World and Deliberative Polling as a Catalyst for Action on Climate Change.

Before joining CGD Lawrence worked as a senior communications officer at the World Bank where he provided strategic communications advice to chief economists, coordinated the preparation of research publications, created the World Bank Research web site, and was founding editor of the Bank's Policy Research Report series. Before that he worked for 15 years in East and Southeast Asia as a reporter and editor for The Asian Wall Street Journal, Agence France Presse and Asiaweek Magazine, during which time he lived in Taiwan, Hong Kong, Beijing, Seoul, and Manila.

Lawrence is a former University of Michigan Journalism Fellow who earned a BA in East Asian Studies at the University of California at Santa Barbara. He studied Chinese at Taiwan Normal University Mandarin Training Center and worked for two years leading some of the first commercial US tours of China in the early 1980s. When not working Lawrence enjoys bicycling, cooking, gardening and battling the invasive vines that threaten to kill the mature trees along the creek near his home in Arlington, VA. He is married and the father of two (nearly) grown children.