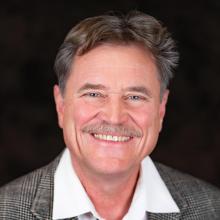 Formerly WRI’s Vice President for Communications, Lawrence works part-time as a Senior Fellow strengthening alignment between WRI China and the rest of our global network. This includes helping to develop projects that accelerate China’s domestic transition to a low-carbon economy, and others to ensure that China’s growing role in the global economy contributes to the rapid transformations needed to address the climate emergency.

In pursuing these goals, Lawrence draws on decades-long engagement with China. Early in his career he worked for 15 years as a journalist in Beijing, Hong Kong, Taiwan, Seoul and Manila. A former University of Michigan Journalism Fellow who earned a BA in East Asian Studies at the University of California at Santa Barbara, he led some of the first commercial US tours of China in the early 1980s.

Before joining WRI, Lawrence worked for 10 years as Vice President for Communications at the Center for Global Development (CGD), a Washington, DC, based think-and-do tank. Before that he worked as a senior communications officer at the World Bank where he advised the Bank’s chief economists, created the World Bank Research web site, and was founding editor of the Bank's Policy Research Report series.

When not working for WRI, Lawrence is writing a book on the U.S. Baby Boom generation and climate change. He enjoys bicycling, cooking, gardening and battling the invasive vines that threaten the trees along the creek near his home in Arlington, VA. He is married with two grown children.