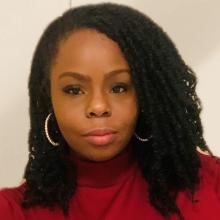 Prior to joining WRI, LaKiya worked as an administrative coordinator at RISE. During her time at RISE LaKiya was responsible for supporting the organization’s president and staff of seven. LaKiya provided high-level administrative, office services, board, membership and event support. With over eight years of experience, LaKiya has spent her professional career supporting C-Level executives and managers in the day-to-day coordination and management of strategic operational initiatives and administrative duties to propel goal achievement in fast-paced environments.

LaKiya hold a B.S. in Operations Management from University of Maryland. She is also in the process of earning her master’s degree in project management. A passionate event planner and cupcake baker, LaKiya also runs a small Special Events and Cupcakery named The Kiya Co.