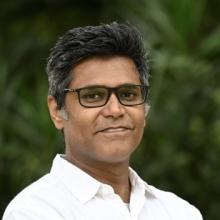 Kunal worked in journalism for nearly two decades before joining WRI India. His stints include ABC News in Washington, DC where he was a radio news writer; India Today TV in New Delhi where he reported on the Supreme Court of India; Frontline Magazine where he was Bureau Chief of Andhra and Telangana. Kunal has worked equally between spot news reporting and long form journalism. His bylines have appeared on Al Jazeera, Economic and Political Weekly, The Wire, The Hindu, The NewsMinute and ThePrint.

Kunal obtained his Bachelor’s in Economics at Loyola College, University of Madras, and a Post-Graduate Diploma in Journalism from Asian College of Journalism, Chennai, and studied abroad at the University of Westminster, London. He took a break from journalism to get a Master’s in Global Thought at Columbia University, before joining WRI India.