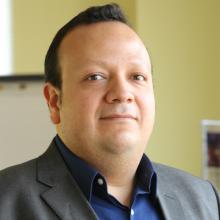 Juan-Carlos is an Economist on the Economics Team. He collaborates with the Food, Forests, and Water Programs, the Global Climate Program and the Center for Equitable Development. He is working on cities and adaptation as well as climate finance readiness for the Climate Resilience Practice. He also provides economic analysis for the Open Climate Network and the Water Team.

Juan-Carlos previously worked as senior researcher and lecturer. He was a researcher on Mining, Minerals, and Sustainable Development at the International Institute for Environment and Development. Juan-Carlos also functioned as Research Leader of a project on modeling Swiss Sectoral Climate Change Policies at the École Polytechnique Fédérale de Lausanne. Prior to joining WRI, he held the ‘David W. Pearce’ special lectureship on Environmental Economics at the Universidad Autónoma Metropolitana.

Juan-Carlos is an avid reader, and enjoys going to baseball and hockey games.