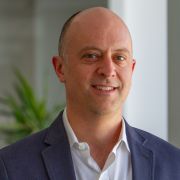 Jonathan is a Senior Associate in the Climate Resilience practice, supporting the Global Commission on Adaptation, of which WRI is a managing partner. He is the co-lead for the Commission’s Nature-Based Solutions Action Track, and coauthored two chapters of the Commission’s flagship report, Adapt Now.

Prior to joining WRI, Jonathan was a Senior Adaptation Specialist with the U.S. Agency for International Development, where he directly supported adaptation programs in more than 20 countries, promoted the integration of climate change across USAID’s broader portfolio, contributed to US government policy engagement and partnerships, and developed guidance, tools, and training. He is a coauthor of the Fourth National Climate Assessment and co-author of various books and publications.

Before joining USAID in 2012, he spent seven years at the World Wildlife Fund, including positions with the Climate Adaptation team, Macroeconomics Program Office, and Greater Mekong Program in Laos.

Jonathan holds a M.S. from the Yale School of Forestry and Environmental Studies and a B.A. in environmental studies from Harvard University.