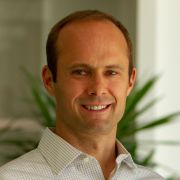 John works with the WRI U.S. team as a Research Analyst. He has a wide range of research interests, including agriculture, energy and climate issues.

Before joining WRI, John received a PhD from Boston College in condensed matter physics and taught science and math in New York City. He then developed a desktop application for a socially responsible investment consulting firm, which used public data to calculate proprietary socioeconomic indices. In 2015, while following the UNFCCC negotiations unfold in Paris, he realized that his true calling was in the environmental sector. After volunteering at The Nature Conservancy he attended Duke University’s Nicholas School for the Environment, where he studied environmental economics and policy and completed a Master’s project titled “State-Level Policies for Agricultural Conservation.”