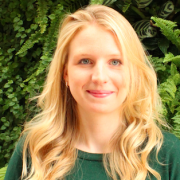 Georgina is the Strategic Partnerships and Engagement Officer for the Coalition for Urban Transitions, a New Climate Economy Special Initiative on Cities.

Her role focuses on the delivery of the Coalition’s engagement and impact strategy. She supports the management of relationships with the Coalition’s strategic partners, particularly facilitating the role of the Urban Leadership Council members in championing national government action for sustainable cities, and contributes to the development of sector engagement and governmental diplomacy efforts. She project manages the Coalition’s involvement in major global events and dedicated Coalition signature events.

Prior to joining the Coalition, Georgina worked in the City Diplomacy team at C40 Cities Climate Leadership Group, where she focused on the planning and implementation of C40’s participation in global events such as the Ninth World Urban Forum and the Global Climate Action Summit, and the development of major new city-led commitments to reduce emissions in the building and waste sectors. Georgina was formerly a corporate lawyer at Norton Rose Fulbright LLP and Akin Gump Strauss Hauer & Feld LLP, specialising in mergers & acquisitions and equity capital markets transactions. Georgina holds an MSc with Distinction in Environmental Policy and Regulation from the London School of Economic and Political Science with an emphasis on policy tools for sustainable urban development. Georgina is a qualified solicitor with a Graduate Diploma in Law and a Legal Practice Course qualification from BPP Law School, and holds a BA (First Class Honours) in English Literature and French from the University of Warwick.