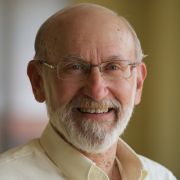 Dr. Garrity is a systems agronomist and research leader whose career has been focused on the development of small-scale farming systems in the tropics. He is currently Drylands Ambassador for the UN Convention to Combat Desertification and Distinguished Senior Research Fellow at the World Agroforestry Centre (ICRAF), Nairobi. He served as Director General of the Centre from 2001 to 2011. He is currently leading an effort on the perennialization of agriculture in the 21st Century, building more productive and environmentally sound farming systems through a global Partnership to Create an EverGreen Agriculture. He also chairs the Steering Committee for Landcare International, a worldwide effort to support grassroots community-based natural resource management.

During the 1990s he was based in Indonesia where he launched and developed the Southeast Asia Regional Programme of ICRAF. As Head of the Farming Systems Program at the International Rice Research Institute, and as a Professor at the University of the Philippines in the 1980s he advised 47 PhD and MSc students and post-doctoral fellows from Africa, Asia, Europe and the US, and published over 175 journal articles and books. Dr. Garrity has a BSc degree in agriculture from The Ohio State University, an MSc in agronomy from the University of the Philippines at Los Baños, and a PhD in crop physiology from the University of Nebraska. When visiting Washington from his base in Nairobi he invites other WRI motorcycle enthusiasts to join him on the backroads of Maryland and Virginia and get a few bugs in their teeth.