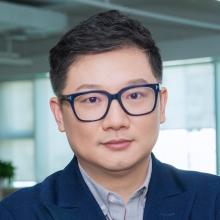 Daizong Liu is China Sustainable Cities Program Director and China Transport Program Director of World Resources Institute (WRI). He has led and managed a number of projects, including Transit Metropolis project partnered with the Ministry of Transport, and local governments like Kunming, Guiyang, Suzhou and Zhuzhou, Low Emission Zone/Congestion Charging project with Beijing Municipal Commission of Transport, Road Safety project with China Academy of Urban Planning & Design, and Sustainable and Livable Cities project with Chengdu and Qingdao Development and Reform Commission. In 2014, he was appointed as the Independent Board Member of Chongqing City Transportation Development & Investment Group Co. In 2017, Mr. Liu was appointed as the member of the third Expert Committee of Beijing Municipal Commission of Transport, and also was appointed as the member of Expert Advisory Committee on Transportation of Guangzhou Municipal Government. Since 2017, Mr. Liu serves as a chair of Future Transportation Technology and Policy Section, Transportation Planning Division, World Transportation Convention.

Mr. Liu has obtained Master’s degree in Civil Engineering from National University of Singapore, and Bachelor’s degree in Transportation Engineering from Southeast University in China. Prior to joining WRI, he has worked 10 years for China Sustainable Transportation Center of Energy Foundation as a senior program associate, and 3 years for CPG Consultancy Company in Singapore as the transport project manager.