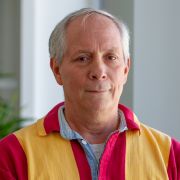 Craig is Media Relations Manager at WRI Ross Center for Sustainable Cities. He serves as the liaison between newsrooms, journalists and WRI. He coordinates outreach for report releases like the World Resources Report and around initiatives such as the WRI Ross Prize. As part of his efforts, Craig is responsible for introducing journalists across the globe to the work, mission and experts that make up WRI Ross Center.

Craig brings nearly 35 years of Beltway experience to WRI. He was among the first hires at C-SPAN and went on to serve 15 years at the network in a variety of technical and editorial positions. He covered Capitol Hill, several presidential campaigns, administrations and Washington’s wider policy community. After leaving C-SPAN Craig worked for 15 years in Edelman’s Washington office, managing media relations for scores of corporate, non-profit and cultural institutions.

Craig holds a B.S. in communications from Ithaca College.

Craig lives in downtown Washington with his husband, an international broadcast journalist. Outside of work he’s active in greyhound rescue and several citizen journalism projects. An avid cyclist, Craig’s two-wheeled pursuits range from his daily commute and biking around the region to having covered the 2015 Tour de France with NBC Sports.